​Paul Scholes could be in line to re-join Manchester United as part of a restructured behind-the-scenes setup at Old Trafford.

The former midfielder enjoyed a glittering 18-year senior playing career with the Red Devils after coming through the club's youth setup, before returning for a brief spell in 2012, and has since undertaken a managerial spell with Oldham Athletic which lasted just seven matches.

Scholes resigned as Oldham manager in March and, according to ​Metro, ​United are now plotting a move to bring the 44-year-old back to Old Trafford as part of a new backroom setup, with the club having promised Ole Gunnar Solskjaer that a new structure would be put in place.

It is said that the club have made assurances to Solskjaer that the restructuring would be complete in time for pre-season, with the Norwegian's current assistant coach Mike Phelan in line for a potential technical director role at the club.

The new-look set up is apparently designed to aid the club's transfer business, following struggles in recent years to negotiate deals with chief executive Ed Woodward in control of business. 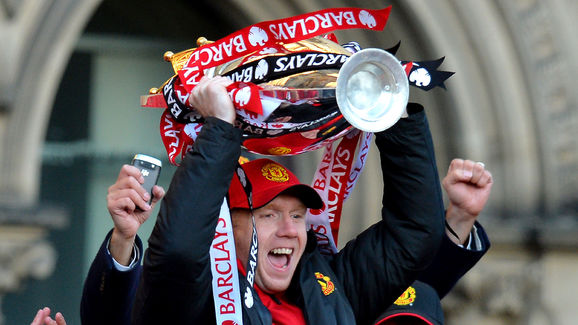 Phelan's role is yet to be resolved in the new setup, with the current assistant keen to maintain a link with Solskjaer's coaching team, and Phelan's revised position is set to be the first official move in the restructuring endeavours.

However, United are said to be searching for further reinforcements with expert knowledge of the club to help make executive-level decisions, with a number of other former players including Darren Fletcher and Patrice Evra also under consideration.

Such an appointment would be designed to assist the technical director in key decision making, and Scholes' considerable clout as a club legend would likely make him a favourable choice.

Lots been said and written about what’s wrong at Man United. Bottom line is Glazer leveraged buyout has cost United £1 billion - while Sheikh Mansour has put £1.3 billion into Manchester City

The 11-time Premier League winner also worked with United's academy sides to gain coaching experience after retiring from his distinguished playing career, and his potential return could help the club on course to challenging at the top level once more.