​The notion of ‘what Paul Scholes is’ changed in the final few years of his illustrious career as he transformed from one of England’s greatest goalscoring midfielders into a deep-lying play-maker revered for his range of passing and world class vision.

As any player who enjoys longevity at the elite level should, Scholes was the subject of a fairly constant and ongoing evolution throughout his career. Ryan Giggs was the same.

The Langley lad initially started out as a forward at youth level and when he first broke into the United first-team in the early 1990s. It is no coincidence that 10 Premier League goals in his first full season in the senior squad remained the second best tally of his entire career. 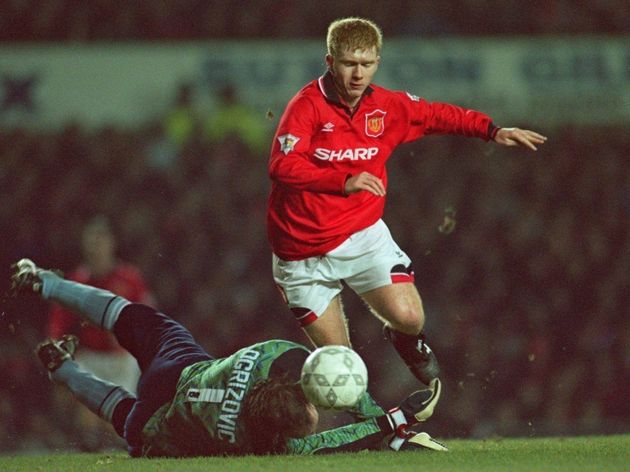 He began to settle into a midfield role thereafter, striking a complementary balance with Roy Keane, who began to occupy a more orthodox position after once himself being United’s most energetic box-to-box midfielder in his earlier days at the club.

Later, Scholes would often be pushed further up the pitch, even operating as a secondary striker in support of Ruud van Nistelrooy in European games. That was especially the case with the brief arrival of Juan Sebastian Veron and a reshuffle of the iconic treble season midfield.

His goalscoring form, which had yielded double figures in all competitions in eight of his first 11 seasons as a professional, peaked in 2002/03 when he netted 20 times.

With Scholes turning 30 in November 2004 and a new attacking focus on vibrant younger players like Cristiano Ronaldo and Wayne Rooney, soon came the gradual shift into a deeper role, just as Keane had done several years earlier as demands and tactics started to change. But where Keane became a defensive shield, Scholes thrived as a visionary technical passer, the type of which had long been revered across continental Europe. 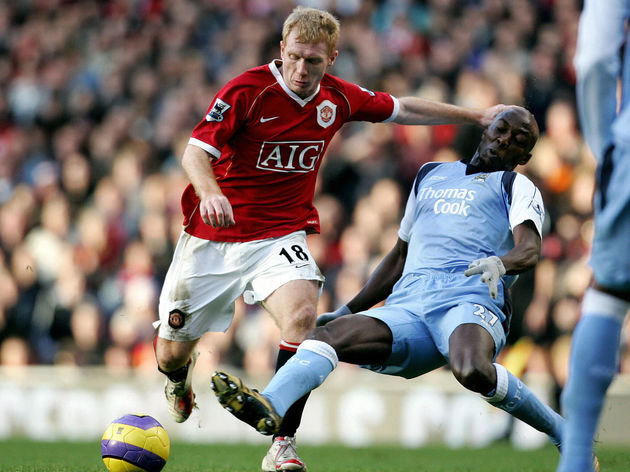 Barring a 45-minute cameo on the final day of the season, Scholes missed the whole second half of 2005/06 with a blurred vision problem. That was also the season that Keane left Old Trafford, quitting under a cloud in December 2005, marking a clear change.

A cursory glance at Scholes’ career history reveals the goals started to dry up after 2005, yet those number don’t really offer any insight. He returned to action for 2006/07 as part of a new-look United side that stormed the Premier League title race to lift the trophy for the first time in four years, and it was this part of his career when a new level of appreciation emerged.

Scholes was popular and revered by United fans throughout his career, but the switch to the deeper role highlighted parts of his game that weren’t so obvious before because he had shone in different ways. The passing technique was always there, for example, but a new position put it in a fresh light and his vast ability became more objectively recognised and applauded. An older Scholes perhaps also valued a role focused more on the technical side of the game than the tenacious livewire he had been in his younger days.

When Scholes scored a dramatic late winner for United in a derby at the Etihad Stadium in April 2010, it was a case of rolling back the years. He was able to ghost into the Manchester City penalty area unmarked and guided an inch perfect header into the bottom corner, sealing three points in a game that underlined United’s local dominance over an emerging rival.

ON THIS DAY: In 2010, Gary Neville kissed Paul Scholes after his 93rd-minute winner in the Manchester derby.

Scholes famously retired in 2011 when United sealed a record breaking 19th English league title, only to reverse his decision a few months later, having since turned 37. It was a combination of an injury crisis in midfield and his own hunger to play on, brought about as a result spending the first half of the 2011/12 season training daily with United’s reserve side in his new role as a coach.

He recalled in a 2018 television piece for BT Sport that although he had made his mind up about playing again, whether it be for United or another club, he was still nervous about putting the question to Sir Alex Ferguson in case his longstanding mentor turned him down.

Scholes continued for another 18 months from that point. He played a significant role in the latter half of 2011/12, remarkably playing his first game back – another Manchester derby – in a pair shop-bought £50 boots that he’d picked up himself to keep a lid on his comeback.

He won an 11th and final Premier League title in 2012/13 as a rotation player and actually later revealed he wished he’d called it a day for the second time in 2012, rather than carry on for another campaign, albeit a title winning one.