​It's not often that a true underdog wins a major international competition. So when they do, we ought to savour it.

We all remember the gobsmacking feats of Greece in 2004, who defied all the odds and pulled off the second-biggest shock in European Cup history, beating hosts Portugal by a single goal in the final.

But their achievements pale in comparison to the events of 1992, when a team who had failed to even qualify for the tournament, somehow beat the world champions in the final to complete football's ultimate fairytale. 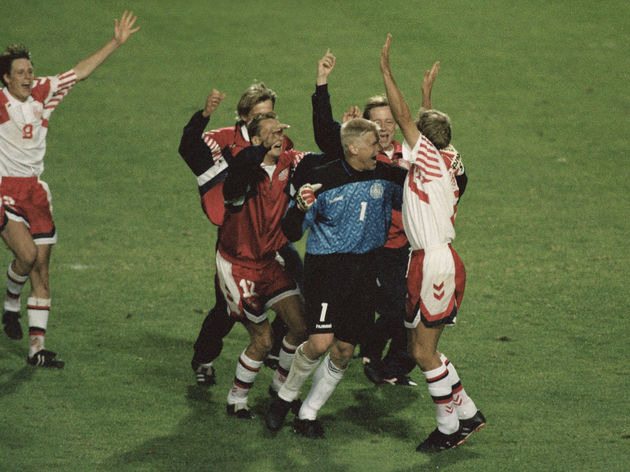 And at the heart of their implausible success, was goalkeeping legend Leagueflight

And didn't they make the most of it.

What little hope Danish supporters had soon evaporated when they saw the group in which they had been drawn. Schmeichel and co. would have to take on hosts Sweden, along with England and France - almost certainly ending their slim hopes of progression. 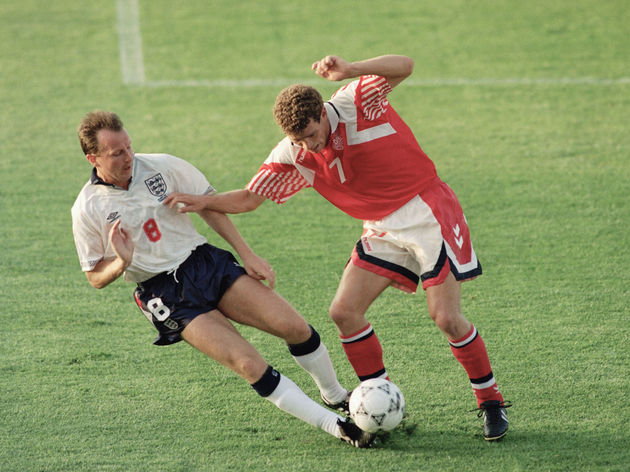 The opening match saw Denmark face Graham Taylor's England side, a team which had come so close to success in World Cup 1990. The Three Lions were left frustrated by the battling underdogs, and they proved their worth in the tournament from the off.

Schmeichel pulled off a superb save to deny Tony Daley after the half-time break in a strong display, and

resultsuphillsemi-finals. Enter, Peter Schmeichel. The shot-stopper was a man-mountain between the sticks, and kept out nearly everything that was thrown his way. 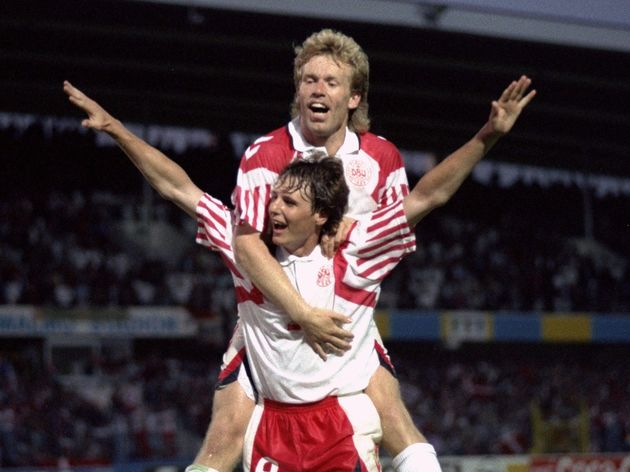 He could do little to prevent ​Man Utdexcellentlyrepel strikes from Eric Cantona and another attempt by Papin to keep Denmark in the game.

Lars Elstrup bagged a late winner for the Danes, and having rode their luck at times, the underdogs had made it to the semi-finals.

This time, there was the small matter of reigning European champions the Netherlands. Easy.

Schmeichel's afternoon was not all plain-sailing however, as he let a Dennis Bergkamp shot squeeze under his body to hand the lead to the Dutch. But football often presents many opportunities for redemption, and the big goalkeeper seized his with both hands.

Peter Schmeichel wore a beauty of a goalkeeper jersey for Denmark at Euro '92! pic.twitter.com/PXsweR4VY3

With the scores locked at 2-2, the game went to penalties, with a place in the final at stake. No pressure. Schmeichel was the hero however, making a great save down to his left to deny the great Marco Van Basten in the shootout, and Denmark's unthinkable journey continued.

And so, having defied the odds thus far, the Danes faced one more obstacle. Germany.

The fairytale had captured everyone's imagination, but it seemed destined to come to a heartbreaking end at the hands of Jurgen Klinsmann and co.

But when his nation needed him, Schmeichel stood up and saved his best performance until last, making some incredible saves to keep the Germans at bay throughout a pulsating final. The big Dane made the most crucial of stops with his side leading 1-0, acrobatically tipping a bullet Klinsmann header over the crossbar.

The striker looked on in disbelief at Schmeichel, quickly realising he was up against one of the very best in the business. Denmark went on to earn an unbelievable 2-0 victory in the final, lifting the trophy for the first time and writing their names in the history books forever.

On this day 23 years ago: Denmark stun everyone to win Euro 1992. pic.twitter.com/Jgi0LXPUxO

It was an incredible year for Schmeichel, who went on to be named 'The World's Best Goalkeeper' by the IFFHS.

A story of courage, determination and defiance with a fairytale ending, and a Great Dane at the centre of it all.