When Peter Schmeichel joined the club from Brondby on 6 August 1991, that all changed. 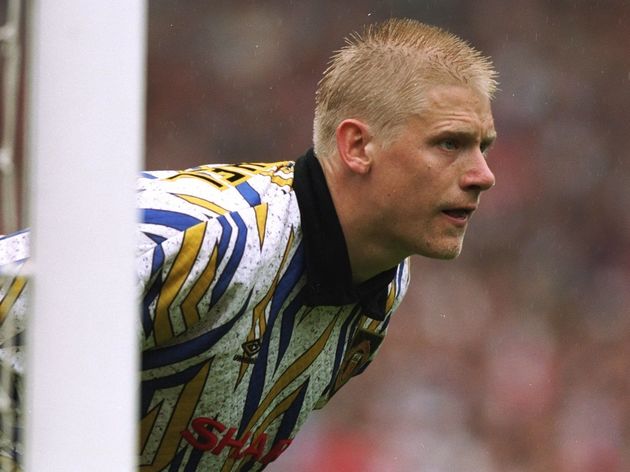 Having started his career at home town club Gladsaxe and moving onto Hvidore, Schmeichel's reputation outside his homeland grew after helping Brondby to three Danish Superliga titles in 1987, 1988 and 1990. It prompted Ferguson to send then goalkeeping coach Alan Hodgkinson to watch him in person and the report back was glowing.

When Schmeichel, already 27 years of age, arrived for £505,000, Ferguson reputedly labelled it the 'buy of the century'. He must have known then what would follow.

The 'Great Dane', as he became known, was one of the final few pieces of the jigsaw as Ferguson set about ending United's lengthy title drought stretching back to 1967. When Eric Cantona joined from Leeds just over a year later, the long unsolved puzzle was finally complete.

Schmeichel drew great acclaim during his United years, arguably redefining modern goalkeeping. He combined enormous physical stature with supreme agility, while borrowing skills from the sport of handball, popular in Scandinavia, that helped him develop new techniques, notably his trademark 'starfish' save, spreading arms and legs to make himself as big as possible. Schmeichel was an immediate regular for United, missing just five games in all competitions in 1991/92 - only Gary Pallister (56) and Brian McClair (58) appeared more that season.

The following year he was an ever present in the inaugural Premier League campaign as United scooped the new-look division's first ever title and would lay his hands on four more Premier League trophies over next few years, as well as three FA Cups and the Champions League.

Occasionally erratic, always a loud and commanding voice, and, above all, a born winner, Schmeichel was often capable of the truly spectacular:

When I think of Peter Schmeichel's best ever saves, this one is always right at the very top of the list. I was 7 and watching it live on TV and I specifically remember being blown away by just how blown away my dad was by it. https://t.co/o1pgCbbaC7

Having twice been named the world's best goalkeeper by IFFHS in the early 1990s, a 35-year-old Schmeichel announced his intention to leave United at the end of campaign midway through the 1998/99 season, citing an inability to continue training and playing at an elite level.

That treble winning season was the perfect way to go and Schmeichel actually captained United in the 1999 Champions League final in the absence of Roy Keane, his last ever game for the club, to lift the famous trophy. His famous somersault celebration as United mounted the iconic late comeback against Bayern Munich remains one of the enduring memories of that season.

Replacing one of the best goalkeepers of all time was never going to be an easy task for United and Ferguson, but it proved far more difficult than even expected. A number of goalkeepers came and went, but it was six years before the club had found its new man. 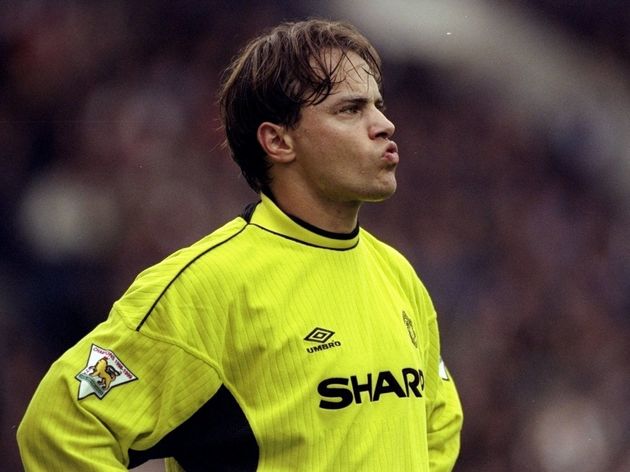 First up, the aforementioned Bosnich returned from Aston Villa but was beset by injury problems, leading Schmeichel understudy Raimond van der Gouw to play more than 20 games in 1999/00. French World Cup and European Championship winner Fabien Barthez then got the call in 2000, but suffered with inconsistency and enjoyed only short-term success.

Massimo Taibi was also infamously tried in 2000 and returned to Italy after just four games, having cruelly been dubbed 'The Blind Venetian'. Van der Gouw continued to step into the breach and United even signed veteran Scottish stopper Andy Goram very briefly in 2001.

American import Tim Howard played very well for a season in 2003/04, but was quickly reduced to battling for the gloves with Roy Carroll after a poor start to the following campaign. At long last in the summer of 2005 came Edwin van der Sar, a modest £2m signing from Fulham.

Recognised as one of the best in the world alongside Schmeichel in the late 1990s, Van der Sar was already 34 years of age at the time, just a few months younger than Schmeichel had been when he announced his intention to leave, and was expected to be something of a stop gap. But the Dutchman's arrival proved to be a stroke of genius from Ferguson and he stayed for six years as United returned to the pinnacle of both English and European football. 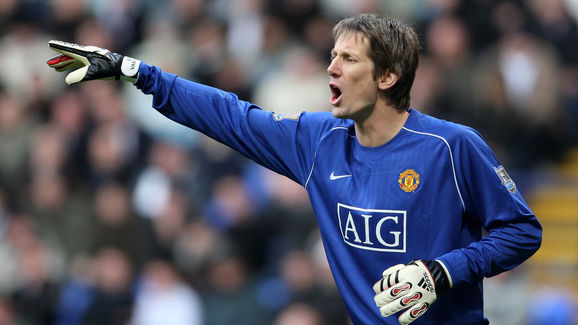 United's biggest mistake was not going straight for Van der Sar in 1999 when Schmeichel left. Instead, he went from Ajax to Juventus for around £5m - United had landed Bosnich for free - and eventually moved to England in 2001 with a surprise transfer to a newly promoted Fulham.

Replacing Van der Sar in 2011 was far less troublesome when United landed an emerging 20-year-old by the name of David de Gea. The Spaniard had a famously shaky start to life in the Premier League, but by 2014 he had emerged as another of the best goalkeepers in the world, following in the footsteps of both Van der Sar and Schmeichel before him.