​Manchester City and Liverpool players unsurprisingly dominate the 2018/19 PFA Premier League Team of the Year, occupying as many as 10 positions in the select XI after both sides have performed out of their skin this season.

Manchester United midfielder Paul Pogba is the only player not from City or Liverpool to feature, such has been the undeniable quality of the two title challenging clubs.

The PFA Premier League Team of the Year!#PFAawards | #TOTY pic.twitter.com/YBWOhoJsQI

The battle of the Brazilian goalkeepers was won by Manchester City star Ederson Moraes, edging out of fellow countryman and Liverpool stopper Alisson Becker for the place.

Paul Pogba is joined in midfield by City duo Bernardo Silva and Fernandinho. 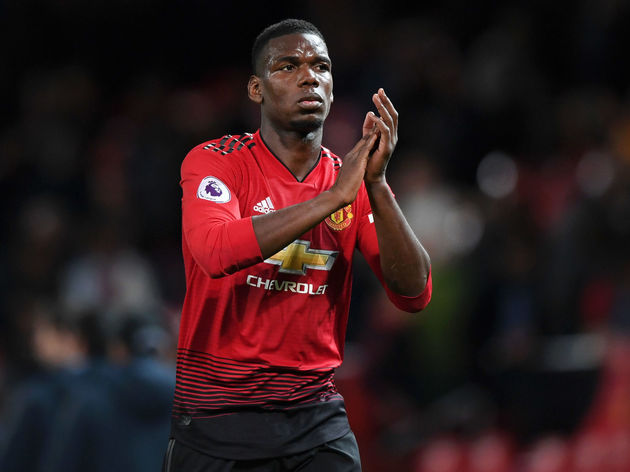 As was the case with the individual award shortlist, there is no room for Mohamed Salah in the all-star team, with the three attacking places instead going to Liverpool winger Sadio Mane and City pair Sergio Aguero and Raheem Sterling.

With only three different clubs represented, it is the fewest since the Team of the Year award was created more than 40 years ago in the 1973/74 season.

3 - There are just three teams with players in the PFA #TOTY this season, the fewest in the history of the award since it began in 1973-74. Sparse. #PFAawards

The titanic Premier League title battle between Manchester City and Liverpool will rage on at the weekend when they face Burnley and Huddersfield respectively.

City once more took the lead in the race on Wednesday night after beating local rivals Manchester United in the Manchester derby. That fixture was their game in hand on Liverpool.