Liverpool centre-back Virgil van Dijk, who scooped the monthly award as recently as December and in doing so became the first defender to win since 2013, is among the nominees after helping the Reds go unbeaten, keep three clean sheets, and even score two goals himself. 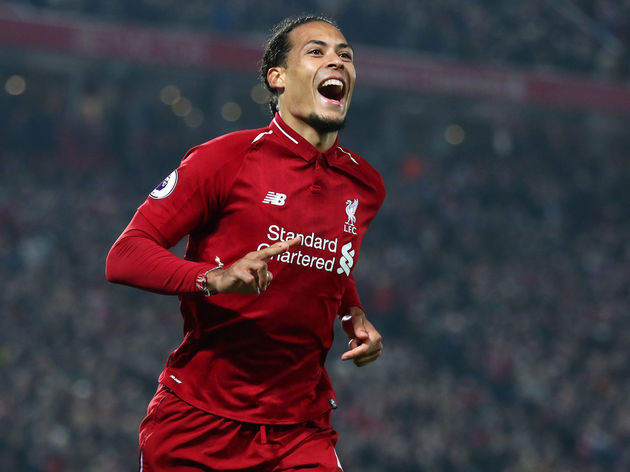 The Dutchman is joined by Anfield colleague Sadio Mane after the Senegalese international continued a run of fine form that began in January, scoring four times in four games.

Manchester United have two representatives on the February shortlist. Paul Pogba has been included after continuing to be a driving force in the club's turnaround since December, scoring twice and assisting twice in the four games he played, resulting in three wins and a draw.

Old Trafford teammate Luke Shaw is also nominated after playing in those same four games, helping United keep three clean sheets and providing an assist in his most recent outing. Looking to win Premier League Player of the Month for the first time since January 2018, Manchester City forward Sergio Aguero finds himself on the shortlist after scoring seven goals in February, including hat-tricks against Arsenal and Chelsea.

Newcastle fans will be delighted to see the name of home grown midfielder Sean Longstaff alongside some of the Premier League's best players. The 21-year-old only broke into the Magpies first team in January and was crucial to earning several important results in February.

Ashley Barnes has helped Burnley ease fears of relegation. The 29-year-old scored goals against Southampton, Brighton and Tottenham in February, games which gave the Clarets seven points and pushed them away from the division's bottom three. Fans can vote here and the winner is set to be announced next Friday.