Off the back of a 2-0 victory away at Chelsea on Monday evening, Ole Gunnar Solskjær's side will be gleaming with confidence heading into their Europa League meeting with Club Brugge. New boy Bruno Fernandes registered his first assist for the club and Harry Maguire netted his first Premier League goal in a Red Devils shirt.

With away form a problem for most of the season prior to Monday, this win should be vital in boosting United's belief. Here's a look at the XI Solskjær is likely to select on Thursday evening. Harry Maguire (CB) - The 26-year-old had arguably his best game in a ​United shirt against Chelsea, and his leadership will be crucial in maintaining his side's confidence for Thursday's outing.

Eric Bailly (CB) - You couldn't have guessed that his Premier League appearance on Monday evening was his first of the season. He looked assured on the ball and even dummied it past Michy Batshuayi in his own penalty area.

Luke Shaw (CB) - Solskjær has experimented with a three-back defence recently, and Shaw has been a key man filling in on the left side of the back line in recent weeks. 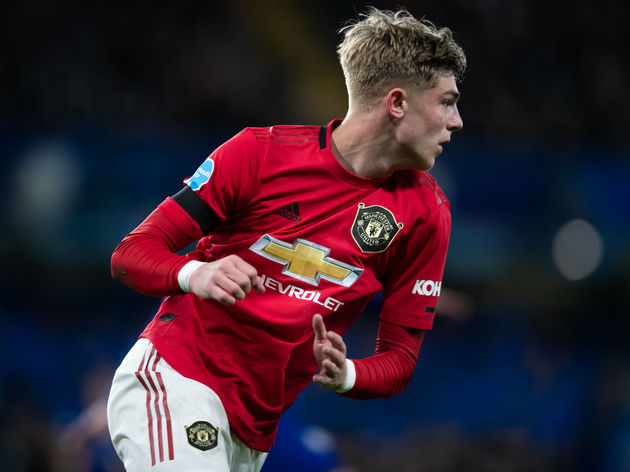 Aaron Wan-Bissaka (RWB) - Many believed that Bissaka was a brilliant defender but didn't have the capability to perform well in a modern wing-back role. Well, he's proved many wrong in recent fixtures - not least with his exceptional cross for the opener on Monday night.

Nemanja Matic (CM) - An experienced midfielder, the Serbian has proven over the years that he has what it takes to control the centre of the park, and could be the cool head Man Utd need to counteract Brugge's pressing game.

Fred (CM) - Seen by many as a 'flop' in his first season, Fred has turned things around in a big big way recently. Arguably one of United's standout performers in 2019/20, he will likely keep his place.

Brandon Williams (LWB) - Enjoying a breakthrough season, Williams has been a breath of fresh air at Old Trafford. He has an aggressive spark, and that is exactly what you need on a tense European night. Anthony Martial (ST) - Scoring nine and assisting three in the Premier League this season, ​Martial hasn't been in top form, but he has shown glimpses of his real quality in recent weeks - not least with his fantastic goal against Chelsea. He'll enjoy taking on Brugge's defence.

Mason Greenwood (ST) - Dubbed the 'new Van Persie' the 18-year-old has broken his way into the senior side and is expected to start in most Europa League games.