Professional footballers across the Premier League and Football League are set to undertake a 24-hour boycott of all forms of social media, in protest against the recent rise in racial abuse and the inability of platforms to properly combat it.

The 2018/19 season has been plagued by a series of racial incidents on and off the pitch, the most recent of which involving Manchester United defender Ashley Young, who was abused online following his side's loss to Barcelona in the Champions League.

​​And the Professional Footballers' Association have decided to take action, launching the '#Enough' campaign in an attempt to force the issue and make a stand against the onslaught of racial abuse.

In an official statement on their ​website, the PFA proclaimed: "On Friday 19th April, professional footballers in England and Wales will boycott social media to take a stand against racism.

"#Enough is a campaign organised by the Professional Footballers’ Association (PFA), which will encourage players not to use any form of social media from 09.00am 19th April to 09.00am on the 20th April.

"Over the last few months, both domestically and internationally, there have been a number of high-profile racist incidents directed at players. The boycott acts as a show of unity by the players, and a call for stronger action to be taken by social networks and footballing authorities in response to racist abuse both on and off the pitch. 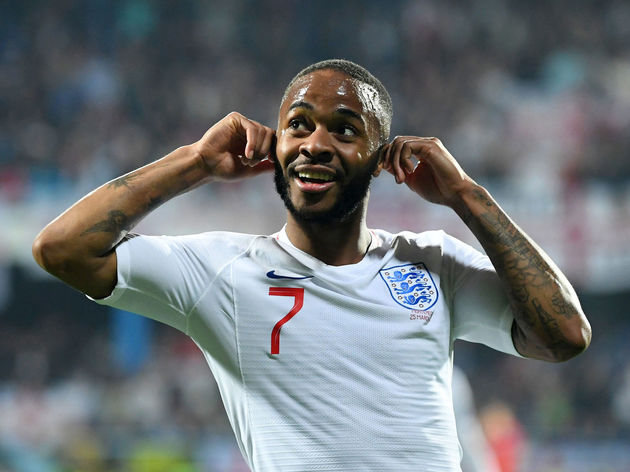 "Players recognise that these racist incidents are a reflection of societal issues. They know first-hand how damaging racism can be and are using their platforms to inspire change that will benefit players, football and society as a whole.

"The boycott is the first step in a longer campaign to tackle racism in football. The PFA will continue to work closely with The FA and government to ensure more is done to tackle racist abuse, while also seeking to put pressure on both FIFA and UEFA through FIFPro."

As part of the protest, the body are encouraging all of their members to post the '#Enough' logo across their platforms before the boycott. This statement was backed up by strongly worded statements from Danny Rose, Chris Smalling and ​Troy Deeney.

The United centre-half explained: “Throughout my career I have developed a thick skin against verbal abuse, justifying it as just ‘part of the game’ but the time has come for Twitter, Instagram and Facebook to consider regulating their channels, taking responsibility for protecting the mental health of users regardless of age, race, sex or income.

“I understand that I am in an extremely privileged position and I am deeply thankful for that but, at the end of the day, we are all human. As a patron of a youth education charity it is my duty to use my platform as a voice for all, regardless of background. We have to take a greater stand against discrimination of all kinds.” Backing this up was the ​Watford captain, who was targeted on social media alongside teammate Adrian Mariappa earlier this month. He declared: “My teammates and I have been on the receiving end of well documented abuse from a minority of narrow-minded, ignorant people both on social media and on the pitch. Any racism in football is too much, and it’s essential that we fight it wherever and whenever we see it.

“On Friday we are sending a message to anyone that abuses players - or anyone else - whether from the crowd or online, that we won’t tolerate it within football. The boycott is just one small step, but the players are speaking out with one voice against racism – enough is enough.”

​Spurs full-back Rose, who was on the receiving end of racist chanting during England's Euro 2020 qualifier against Montenegro, then added: “When I said that I can’t wait to see the back of football, it is because of the racism that I, and many other players, have been subjected to our entire careers. “Football has a problem with racism.

“I don’t want any future players to go through what I’ve been through in my career. Collectively, we are simply not willing to stand-by while too little is done by football authorities and social media companies to protect players from this disgusting abuse.”