Premier League Team of the Season: 90min Writers & Editors Vote for the Class of 2018/19

Paul Pogba? What do the 'players' know about football, eh?

We've counted the votes, we've double-checked them, we've scribbled lots of notes on Post-It notes – and it's finally here. The 90min team of the season, voted for by writers and editors specifically to annoy you. Yes, you. ​ Virgil van Dijk's influence on the ​Liverpool backline has been unquestionable, but the man behind him has arguably been of equal importance. The Brazilian has represented such an upgrade on the blundering Simon Mignolet and Loris Karius before him that he is on course to claim the Golden Glove in his first season in English football.

Comfortable on the ball and with cat-like reflexes to boot, Alisson has been the maker of important saves, at important times. Invaluable. The 21-year-old is being touted for a move north of the £40m bracket to the likes of ​Manchester United and Tottenham, and it is painfully easy to see why. He graduated from the Palace youth academy to make a handful of appearances last season, but has blossomed into Roy Hodgson's bona fide first choice since August.

His blend of tough tackling and composure have played a central part in what has been an impressive season for the south London side, and he will surely go on to star for England in the years to come. Liverpool would not be in contention for the Premier League title if it wasn't for Virgil van Dijk. It's as simple as that. He's instilled calmness, composure and confidence into a previously fragile Reds backline, helping Jurgen Klopp's side transform from Champions League qualification hopefuls into one of the most feared sides in Europe.

Without him, they would be disorganised and lacking a leader who has helped raised the game of all around him. A shoo-in for this campaign's Team of the Season. After a difficult first few months in England, Laporte has become ​Manchester City's number one centre-back this season. The Frenchman is fast developing into one of the world's best defenders and has been one of the first names on the team sheet for Pep Guardiola, with John Stones, Nicolas Otamendi and Vincent Kompany rotating alongside him.

For a defender who combines technical skill with the physical ability to handle himself in the Premier League, that £57m looks like money well spent. If last season Ab Robertson (incidentally the first from north of Hadrian's Wall to get a PFA TOTY nod since Darren Fletcher in 2010) went from 'ooh that's a rather curious signing' to bargain of the season, 2018/19 has seen him continue his lung-busting trajectory to anointment as the league and possibly even the continent's standout left back.

No defender in the Premier League has provided more assists (9) so far this campaign, while only Joshua Kimmich (11) has more from Europe's 'big five'. At the base of Manchester City’s midfield, Fernandinho has shielded his defence perfectly, disrupting countless opposition attacks, before using his passing skills to help the Citizens push forward and wreak havoc.

His ability to read the game has proven to be outstanding, and he always seems to know where to be to help his side recover possession. With City's high-pressing tactics, Fernandinho runs the risk of being exposed, yet he has handled that pressure with ease. He is the reason City can do what they do.

3 – Bernardo Silva is only the third different Portuguese player to be included in the PFA #TOTY, after Cristiano Ronaldo (4 times) and Nani (once). Geezers. #PFAawards pic.twitter.com/gJlFn53xtj

One of the reasons why Manchester City have managed to be so consistently brilliant this season without Kevin De Bruyne has been the versatility of ​Bernardo Silva.

While they're totally different players, City have played to Silva's strengths in De Bruyne's absence and the Portugal international's willingness to receive the ball in tight spots and manoeuvre out of them with ease has ensured City remain incredibly dangerous on the counter.

In Silva, City have a player who'll likely be considered among the best midfielders in the world soon, which is scary considering how revered De Bruyne and Fernandinho already are.

22 - Paul Pogba has been involved in 22 Premier League goals this season (13 goals, 9 assists), his best ever return in a single top-flight campaign. Worthy. #PFAawards #TOTY pic.twitter.com/70hp92Z24Y

Aside from three penalty kicks in the first half of the season, Paul Pogba’s campaign didn’t really start until the middle of December.

Since being unchained by Ole Gunner Solskjaer, the France international has been scoring and assisting goals for fun. Even putting his contributions in the final third to one side, Pogba has continuously shown dominance in the middle of the park this season and there’s little doubt that he would walk into any team in the Premier League.

27 - @sterling7 has been directly involved in more Premier League goals than any other English player this season (17 goals, 10 assists). Marvellous. #PFAawards #TOTY pic.twitter.com/cmui4AumWa

One of the players of the season on the pitch, and one of the men of the season off it. He's provided a brilliant attacking spark to the highest scoring English team of all time, his finishing – for so long his most-cited weakness – has been fantastic, and he's dealt with astonishing scrutiny with dignity and grace. The best player in the Premier League and it's not even close – of course he's in the TOTY. Sure, you can fret about his goalscoring record (though he's already equalled his greatest ever tally with four games to go), comparing it to Mohamed Salah, Raheem Sterling, Salomon Rondon, whoever, but none of those players carry the responsibility that Hazard does.

None of them possess the technical ability, nor the combined goal/assists tally he has. They all have players to shoulder the burden and provide another attacking thrust - think Sadio Mane, David Silva (and six others), Matt Ritchie etc. He has the best minutes per goal ratio of anyone else in the Premier League and is well on course to reach 20 goals for the fifth consecutive top-flight season. Harry Kane can hit the back of the net with equal efficiency, but Aguero possesses the mobility and guile needed to beat his man from nigh-on anywhere on the pitch.

Once again this season he has demonstrated his vast skill range, scoring goals with either foot, his head – screamers, curlers and tap-ins.

If Liverpool didn't have Virgil van Dijk, they wouldn't be anywhere near winning their first ever Premier League title. It really is as simple as that. It had to be, didn't it? It's not the first time the YPOTY gong has been given as a consolation prize for a player who was in the race for the main award, and the Premier League's absolutely bonkers rules for this award mean that Sterling is still eligible after more than 200 Premier League appearances.

Speaking of which – can we fix this award please? Players who had fewer than 10 senior top flight starts before the start of the season, under 24. Boom. Done. Call it 'breakout star'. 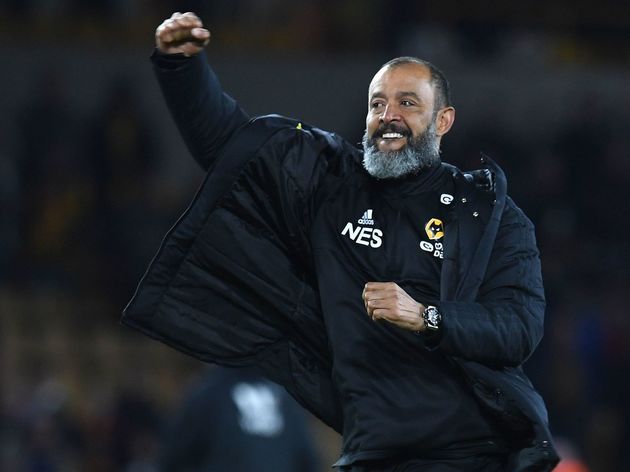 Nuno Espirito Santo deserves the award, not only because his damn fine beard merits recognition, but for the job he's done with a newly promoted team in his first season in England's top flight.

There's a ton of stats to support this, including Wolves' record against the 'big six' (four wins, as many as Chelsea and Man Utd combined), the fact they've amassed the most points for a newly promoted side since 2009/10 (50), their run to the FA Cup semi-finals, and their league position. All in all, he - and Wolves - have had an incredible season, and he should be rewarded.