​The 2018/19 season reaches its climax on Sunday afternoon and *still* we don't know whether it will be Manchester City or Liverpool who lifts the Premier League trophy.

With both title chasers putting together unstoppable winning runs, this title race will go right down to the wire and give the season the ending it deserves.

Any drama on Sunday will require Brighton to keep City at bay for as long as possible, and although it may seem a long shot, but stranger things have happened in Premier League season finales.

Despite all the drama of seasons gone by, there have only been seven other occasions where the Premier League title was decided on the final day.

Let's take a look at them. 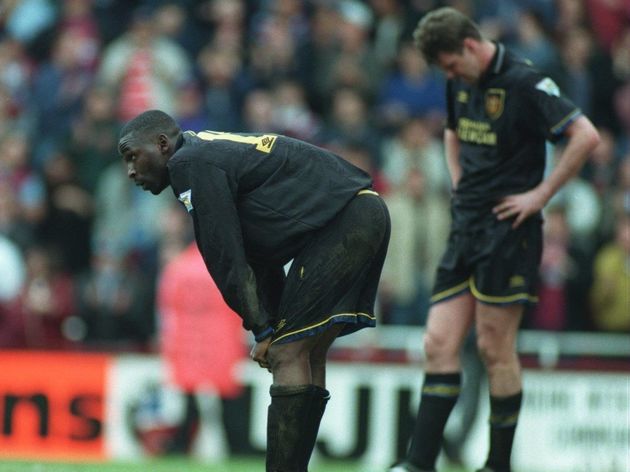 In the defining season finale of the early Premier League years, ​Blackburn had West Ham goalkeeper Kevin Keegan's 'I would love it if we beat them' outburst became the stand-out moment of this season and perhaps of the ​Premier League altogether.

Despite holding a 12 point lead at one stage, ​Newcastle entered the final day two points behind United needing the Red Devils to repeat their previous season's final day disappointment. It wasn't to be however, as Alex Ferguson's men ran out 3-0 winners at Middlesbrough to seal their third Premier League title. ​The famous treble winning season for Man United in 1999 may not have been, were it not for their victory on the final day of the league season.

Going head to head with ​Arsenal for the whole campaign, the Gunners found themselves top of the table on the final day for a brief moment at least, after United went 1-0 to ​Tottenham Hotspur. Ferguson's boys turned it around however, with a goal either side of half time to complete the first step of their incredible treble. 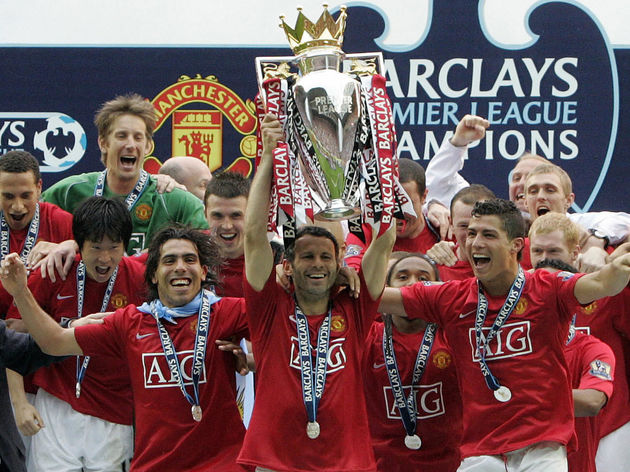 Despite leading for most of the season, Arsenal's implosion left it to Chelsea and Man United to battle it out for top spot.

The Blues beat the Red Devils at Stamford Bridge late in the season to tee up a scintillating finish. United showed their mettle though, and wrapped up the title with two wins out of two in their final couple of games. A fairly comfortable 2-0 victory at Wigan on the final day was not the dramatic finish some fans were hoping for. ​Not quite the drama fans were hoping for on the final day, as ​Chelsea sealed the title with an 8-0 win over Wigan.

The victory did see them end Manchester United's run of three straight titles and also saw the Blues score 103 goals for the season - which was a Premier League record at the time. The final day thumping was entirely on-form for Ancelotti's team, making it the fourth time that season they had scored seven or more in a game. 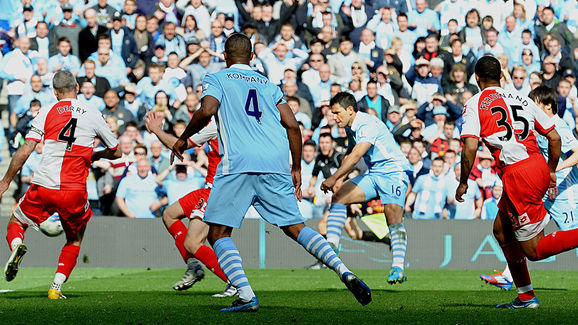 Quite possibly the single most dramatic finish to a season in the history of the English game, Manchester City's 'Agueroooooo!' moment will live long in the memory.

City knew that victory at home to struggling QPR would seal their first ever Premier League title. However, 10-man Rangers found themselves 2-1 up on 60 mins and subjecting the Cityzens to one of the biggest embarrassments in Premier League history. But up stepped Edin Dzeko and most of all, ​Sergio Aguero to grab two injury time goals to win the title just as United thought they'd snatched it. The 2013/14 season was remembered less for its final day and more for one of the most infamous Premier League moments that led up to it. After an incredible run, Liverpool looked set to win their first league title in 24 years. That was until Steven Gerrard's slip allowed Demba Ba to race through and set Chelsea on their way to a 2-0 victory.​

The Reds could have gone into the final day joint top, were it not for their 3-3 draw at Selhurst Park, having been 3-0 up. Although the title was not mathematically decided, the Merseysiders were needing an on-the-beach West Ham to cause an unlikely upset at the Etihad. Needless to say, that didn't happen and City coasted to a 2-0 victory to break Liverpool hearts.