At 3.04pm on 6th February 1958, the aeroplane carrying the Manchester United team home from a European Cup tie against Red Star Belgrade crashed off the end of a runway after a routine refuelling stop in Munich, Germany.

The plane had twice tried but failed to take off in the snowy and icy conditions. The passengers disembarked and returned to the terminal building. At that point the United players even discussed heading home by land, but the plane was soon ready to be boarded once more.

There was a feeling of unease as a fateful third takeoff attempt began and it was then that tragedy struck. Slush on the runway meant the plane failed to gather enough speed and skidded through the airport's perimeter fence and into a house on the other side of a road.

Eight players lost their lives as a result, as did trainers Bert Whalley and Tom Curry, club secretary Walter Crickmer, as well as a number of journalists, crew and other passengers.

Johnny Berry and Jackie Blanchflower survived but were so badly injured that they never played football again, while legendary manager Matt Busby spent more than two months in hospital in Germany and was twice given the last rites before making a recovery.

The team had dominated English football in the previous two seasons, clinching two First Division titles, and had been trailblazers for English clubs in European competition.

Busby blamed himself for the tragedy and considered quitting as it were he who had personally defied the Football Association and pushed the club into competing abroad. Eventually he was crucially persuaded to remain in charge, to not give up on the European dream, and to honour the fallen.

A new team rose from the ashes, but those lost to Munich will forever be remembered. 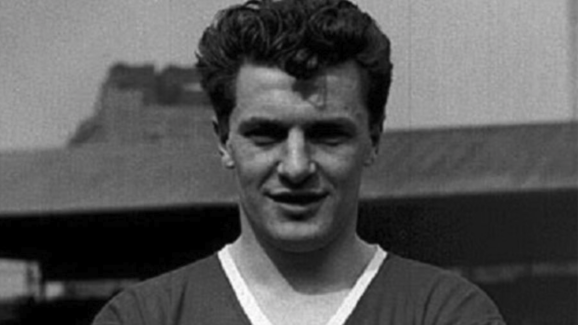 The least well known among the tragic fatalities, Geoff Bent was born and raised in nearby Salford. He never played for any other club but, in the age before substitutes, had only made 12 first-team appearances for United when he was killed at Munich at the age of 25.

The full-back joined the Old Trafford club as apprentice after leaving school in 1948, turning professional three years later. Bent made his senior debut in league game against Burnley in 1954 but spent most of his time at United playing second fiddle to immovable club captain Roger Byrne.

Known as fierce tackler, Bent had spent the months leading up to his untimely death nursing a broken fo and, only recently fit, had made the trip with the team as extra cover, which ultimately proved to be unnecessary. 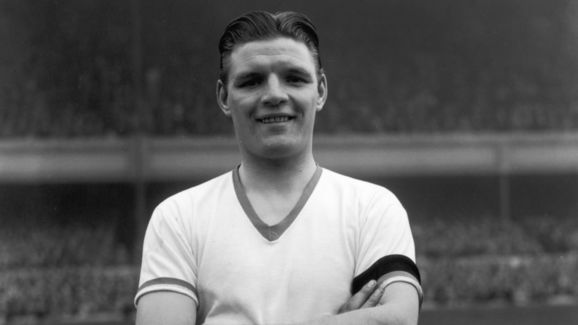 Mark Jones was originally from Yorkshire but joined United as an apprentice around the time of his 15th birthday in 1948 and made his professional debut a little over two years later.

Jones had to wait a little longer for his real chance though, serving as a capable understudy at centre-half to then captain Allenby Chilton as the club won a first league title in more than 40 years in 1952.

By 1955, the 'hard-as-nails' defender was a regular in the team and hardly missed a game as United sealed back to back league titles in 1956 and 1957. At the time of his death Jones was only 24, but had already made 120 appearances in all competitions and was knocking on the door of the England squad. 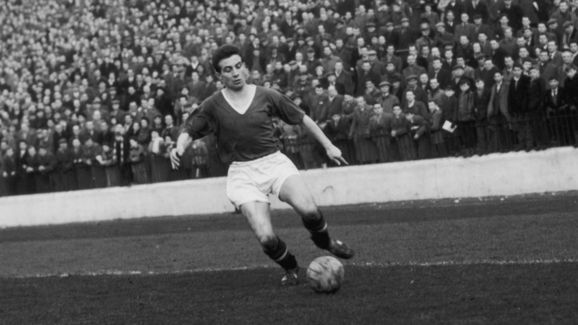 Another Yorkshireman, David Pegg was snapped up by Matt Busby and United when he left school in 1950. By that time he had already been called up by England at schoolboy level and was one of the most sought after talents in the country.

He made his United debut at the tender age of 17 against Middlesbrough in 1952 and immediately became a regular for the rest of the season. An incisive and unpredictable left winger, Pegg later firmly established himself in the first team early in the 1955/56 season and would go on to play a key role in the successive title winning campaigns.

He started the 1957/58 in similarly good form. However, by the time of the crash Pegg had lost his place in the team to Albert Scanlon and only travelled to the game in Yugoslavia as a reserve. He was 22 when he died. 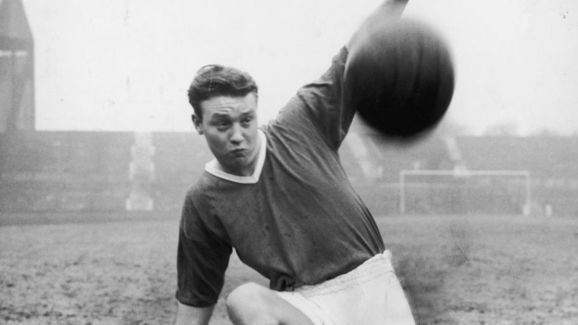 One of the great characters in the team, Eddie Colman was one of ​United's most confident and extroverted individuals despite his relative youth. The plucky wing-half was born in Salford in 1936 and captained the club's junior team to glory in the FA Youth Cup in 1955.

Colman made his first-team debut a few months later, whilst still in his teenage years, and the player nicknamed 'snake-hips' quickly made the no.4 shirt his own and never looked back.

He was skilful on the ball but had a cheeky and tenacious side to his play as well, and his efforts were crucial to the back-to-back titles in 1956 and 1957. Having only celebrated his 21st birthday three months earlier, Colman was the youngest player to perish in Munich but had already played more than 100 times for United. 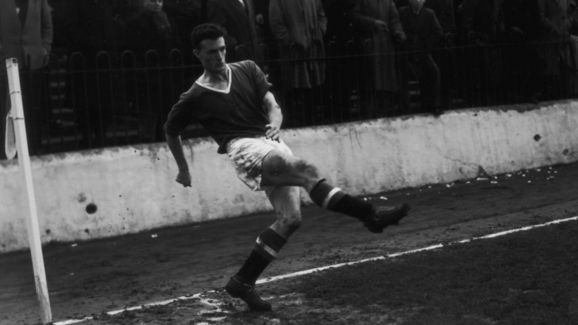 United spotted a teenage Liam Whelan playing for Home Farm in Dublin in 1953 and quickly signed him up. A clinical forward, he was unusually polished and graceful for such a young player and had managed 52 goals in less than 100 United appearances by the time of his death.

Normally a regular in the team, early in the 1957/58 season Whelan's place in the team had started to come under threat from a young Bobby Charlton and despite travelling he didn't play in the game in Belgrade as a result.

The young Irish international was known to be a nervous flyer and before boarding the plane in Germany for the fateful final time was heard to have said, "if this is the time, then I'm ready". He was just 22 years of age. 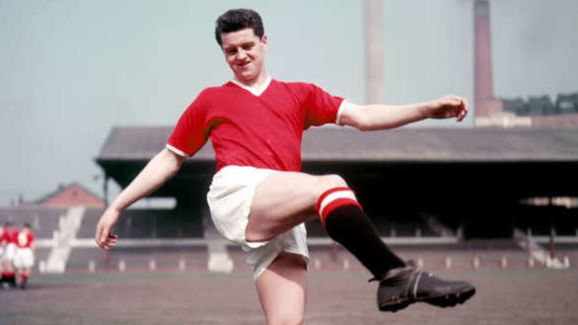 Still considered one of United's greatest ever strikers, Tommy Taylor was one of the few players in the squad that Matt Busby had bought from another professional club. The manager famously shelled out £29,999 to buy the 21-year-old centre-forward from Barnsley in 1953, a club record fee at the time.

Taylor was an immediate hit, though he had endured a tough upbringing and was actually forced to briefly quit football during his early teenage years while he worked in a colliery in his native Yorkshire.

He was noted for his speed, powerful shot and excellent aerial ability and found the net with frightening regularity as a result. Taylor was United's top scorer during three of the only four full seasons he was at Old Trafford, scoring 128 times in total. He also boasts an England record of 16 goals in 19 caps. He was 26 when he died. 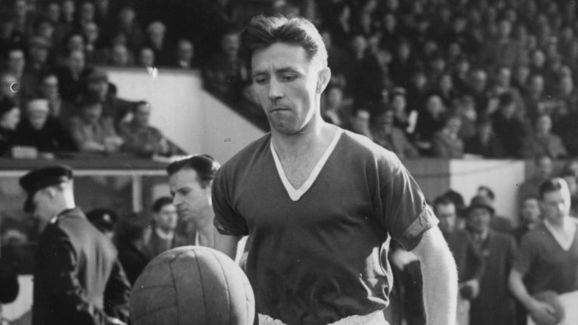 Left sided full-back Roger Byrne was United's great captain and at 28 years of age was at the peak of his powers when he was killed in Munich. A versatile player that demonstrated incredible work ethic and footballing intelligence, Byrne is widely heralded as being the first 'Busby Babe'.

He joined United's youth ranks in 1949 at the age of 20 and was handed a professional debut against Liverpool in 1951. From then on he played almost every single game until his untimely death, and was one of just two players to be part of all three of United's league triumphs in the 1950s.

Byrne, like Taylor, was an established international player and it is often speculated that had the duo, along with Duncan Edwards, survived, England might well have challenged for the 1958 World Cup in Sweden a few months later. 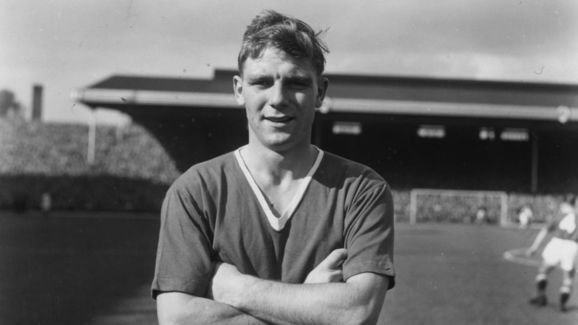 Often described as English football's greatest ever talent, Duncan Edwards was already a star at the age of just 16 and Bobby Charlton remembered his former team-mate as "the only player that ever made me feel inferior".

Matt Busby first became aware of Edwards while he was playing for his school team in Dudley and he arrived at Old Trafford as an apprentice in 1952. Within a year he had become the youngest person ever to play in the top flight of English football.

The powerful yet skilful player was a half-back by nature, but was equally comfortable in nearly every position on the pitch and was also soon an established England international. By the time of his death at the age of 21, Edwards had already played close to 200 total games for United, scoring 21 goals, and had 18 caps for his country.

Of the eight players who lost their lives as a result of the disaster, Edwards was the only one that survived the crash itself. But he was unable to recover from multiple serious injuries and died in hospital in Germany 15 days later.