​Romelu Lukaku has urged his Manchester United teammates to 'play with more heart and b****cks' in the return leg of their Champions League quarter-final clash against Barcelona.

The Red Devils slipped to a 1-0 defeat to the Catalan giants at Old Trafford on Wednesday, and have it all to do at the Camp Nou to keep their hopes of a place in the semi-finals of the competition alive. 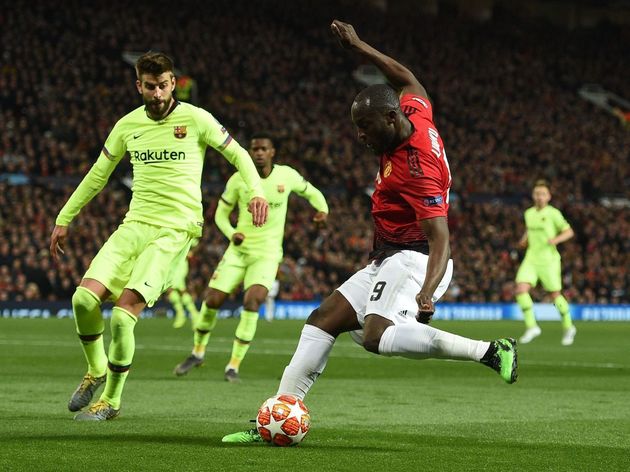 But having already staged a miraculous comeback to knock out Paris Saint-Germain in the last round, ​Lukaku expressed confidence that the same could be done again.

When asked what ​United would need to do to get a result in the second leg, the Belgium international declared (quoted by ​Goal): "Taking our chances and not conceding a goal, and play with more heart and b****cks.

"We have to believe and have the desire and more quality. Be better on the ball and then you never know what can happen in football.

The Reds are beaten but it's still all to play for at the Nou Camp next Tuesday. ✊ #UCL

"I don’t think we played with the same arrogance and confidence on the ball (early on). Second half we tried and the first 20 minutes of the second half we were there. It’s something we have to do for the whole 90 minutes over there and not concede a goal and score early."

Lukaku's teammate ​Paul Pogba also insisted Ole Gunnar Solskjaer's side could pull off the comeback, and claimed their victory over PSG would be on the minds of their Catalan counterparts.

He added: "We saw a team we can beat. If you don’t believe that then you just let them go through. We believe we can beat them. "They are Barcelona but we are Manchester United and we play in the Champions League like they do and we can go through. Probably PSG will be in their minds, because they saw what we can do. They will be comfortable on their own pitch but let’s see."