Manchester United striker Romelu Lukaku will receive a hefty fine for extending his stay with former club Anderlecht against the Red Devils' wishes, with speculation ongoing over his potential move to Serie A side Inter.

The Belgian forward has been absent from Carrington since Monday when he and his teammates were given the day off, and he was pictured at the Anderlecht training ground.

He was expected to report back to Old Trafford the following day, however, and he is set to pay a hefty price for his unauthorised disappearance. 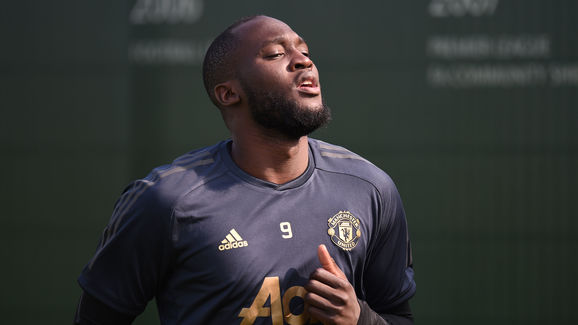 Lukaku arrived at the Belgium side's The Daily Mail

Lukaku is set to pay the price for his absence from Manchester, as the Man Utd hierarchy is reportedly furious about the Belgian's attitude and are ready to fine the 26-year-old £400,000, which The Mirror call the 'maximum fine'.

The Belgian is determined to push through his move to Inter, where he will team up with long-term admirer Antonio Conte. The two clubs have struggled to agree a price for the Belgium record goalscorer, but the evidence suggests that his time at Old Trafford is all but over.

Lukaku's transfer saga has also destroyed his relationship with manager Ole Gunnar Solskjaer. After the want-away striker posted confidential speed analysis statistics on his Twitter page, The Sun reported that the Norwegian boss is now happy for the Inter target to stay away from Manchester.

It appears Solskjaer has finally run out of patience with the Belgium international and would prefer Lukaku to remain at Anderlecht until his move away from Old Trafford are finalised.

The former ​Everton man bagged 12 goals for the Red Devils last season, but he cut a frustrated figure throughout a deeply disappointing campaign.