​Manchester United midfielder Scott McTominay has revealed that the squad's first impressions of both Bruno Fernandes and Odion Ighalo have been incredibly positive as they feel they can befriend the new signings.

Fernandes has already made his debut for Ole Gunnar Solskjaer's side, whereas Ighalo is still waiting after his deadline day switch was only completed right at the last minute. Both players have been training with their new side, and McTominay admitted (via ​Sky Sports News) that he feels as though the personalities of both Fernandes and Ighalo will help them fit in at the club.

"What they bring onto the football pitch - we've seen that. Hopefully they can bring a lot for us. First impressions are very good."

​Watford striker Troy Deeney has also discussed Ighalo's switch to ​United. The pair were teammates at Vicarage Road between 2014 and 2017, and Deeney confessed that playing United was always a big deal for Ighalo.

"He's a good friend of mine, Odion," Deeney said. "I've got a lot of respect for him as well. When people get to know his back story, they will see a more human side to him. He's a talented footballer too. 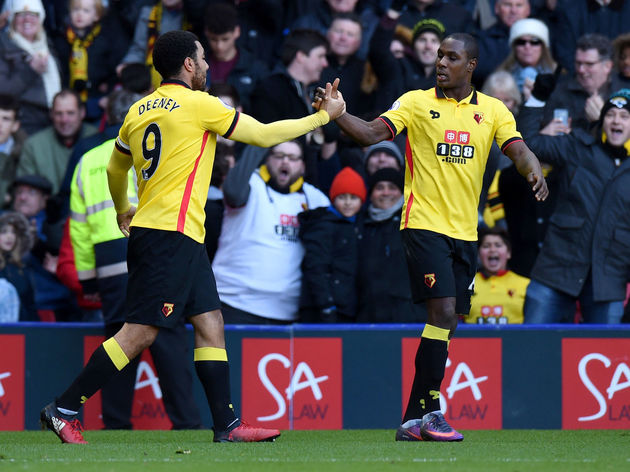 "When we played Manchester United [in the 2015/16 season] he built up this thing where he felt he had to score, especially after scoring against ​Liverpool before that.

"He had about 19 shots in that game. He was desperate to score against United. He probably should have passed to me for one of them, and we could have won!