​Sevilla are targeting a possible move for Manchester United winger Anthony Martial as the star continues talks over a new contract extension at Old Trafford.

Los Hispalenses missed out on a possible move for Chelsea forward Alvaro Morata earlier this week, with the Spanish striker expected to join Atletico Madrid on loan instead after talks broke down over the payment of the players wages.

With Sevilla currently fourth in the La Liga standings and fighting for a Champions League position, they are keeping a close eye on Martial's immediate future. Reports by ​ESPN suggest that the five-time Europa League winners are ready to swoop for the French forward if any hesitations surrounding contract negotiations are brought to the fore in Manchester.

Martial has enjoyed a successful season so far for the ​Red Devils, scoring nine goals and providing one assist in all competitions. Yet despite his undoubted level of talent, questions surrounding his future at United have been circulating over the past two seasons as he was regularly dropped during Jose Mourinho's reign as manager. 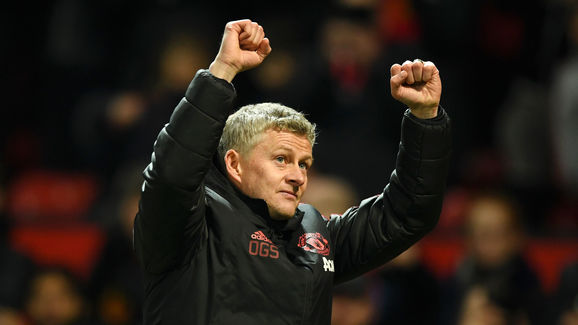 However, following the Portuguese manager's departure from the club in December and the appointment of interim boss Ole Gunnar-Solksjaer, ​Martial is said to be much happier and is likely to sign a new deal in the coming weeks.

If any issues do occur in relation to the contract extension, it is extremely unlikely that United would let the France international leave in the January transfer window as it could put any hopes of finishing in the ​Premier League's top four positions in jeopardy.