Should Manchester United Move for Harry Kane? The Pros & Cons

The squad that is in place as part of the ongoing overhaul is heading in the right direction. But if the club is to return to the pinnacle of English and European football in the coming years, there needs to be more quality and more depth for the boss to call on.

Odion Ighalo alone is not the answer. The Nigerian is living the dream on loan from Shanghai Shenhua, has done everything that has been asked of him since his surprise arrival and would be a welcome addition on a permanent short-term deal to continue as a relief player. Back in 1998/99, United had four senior strikers who could be argued as being among the best in the Premier League. Nowadays, with Ighalo a back-up and Mason Greenwood still just 18, only Anthony Martial ticks that main striker box. As a wide forward, Marcus Rashford does not.

United have been linked with a number of strikers. Erling Haaland is an obvious one, having missed out on the teenage Norwegian teenager in January when he joined Borussia Dortmund.

If the club were to go down the short-term route, perhaps unwise, Edinson Cavani might be an option given that his contract at Paris Saint-Germain is expiring, while longer-term choices other than Haaland could include Celtic’s Odsonne Edouard or Lyon’s Moussa Dembele.

Yet one name that is being increasingly linked with an Old Trafford switch is Harry Kane. Kane has opened the door to a transfer out of Tottenham in recent weeks by acknowledging that he would not want to stay ‘for the sake of it’ if he doesn’t believe the club is making progress.

90min has previously revealed that Kane’s representatives are exploring options for a possible transfer and that Manchester City have established interest. In the same report, 90min explained that United would at least consider moving for Kane if he is to be on the market.

Why Man Utd Should Move for Kane The first reason is an obvious one.

Since the start of the 2014/15 campaign, a little over five-and-a-half seasons ago, when he made the permanent first-team breakthrough at Spurs, Kane has scored 176 goals in all competitions at club level. He has netted at least 30 goals in three of those seasons and more than 40 in 2017/18.

At international level, he already has 32 in 45 senior appearances for England and is well on course to break Wayne Rooney’s all-time record of 53. Kane also won the World Cup Golden Boot in 2018, making him the first Englishman to do so since Gary Lineker in 1986. 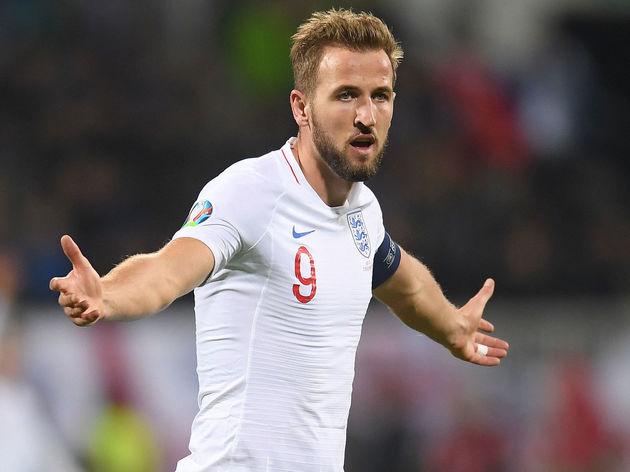 Should Kane join United, even at the age of 27 – he will celebrate his birthday in July – he would be among the more senior players in a young squad and prime for a vital leadership role.

United are seeing Marcus Rashford step into such a role, but the squad still needs extra voices.

Kane, who has experience of that as he is already England captain and has often skippered Spurs, would arguably complete a set of leaders right down the spine of the team, which United have had in the past but are short of at this moment. David de Gea and Harry Maguire in a defensive capacity, with Bruno Fernandes bringing leadership experience from Sporting CP. Old Trafford legend Gary Neville recently pointed out that Kane is the perfect example of a typical United signing, with the club often having plucked the best players from other English sides throughout the Premier League era and beyond.

“The best or most famous English/British player in the Premier League and Manchester United trying to sign that player,” he explained.

One could also add the likes of Andrew Cole or Michael Carrick to that list as further examples. Kane’s recent fitness trouble is a major stumbling block in gauging whether the scale of investment required to pull off such a deal is worthwhile. The last thing United need is an expensive flop after seven years of previously wasting money on too many wrong signings.

Prior to football being put on hold due to the coronavirus crisis, Kane had been sidelined since January as a result of a damaged hamstring that needed surgery to correct.

Last season, he had two spells out of the Spurs team through ankle ligament damage and clearly wasn’t fully fit when he was a passenger in the Champions League final. Kane also had two ankle injuries during 2016/17, missing games in September, October, March and April. Kane will not come cheap, with talk of a £200m price tag on his head.

Even though United are in a healthy financial position, despite the impact of coronavirus being felt elsewhere, and may even be able to ‘exploit’ the transfer market as a result of that, £200m for a player who has suffered the injuries Kane has over the last couple of years is too much.

If Spurs were willing to accept much less, say under £100m, it might be a deal worth taking. But the only way that will happen is in the extremely unlikely scenario that their finances completely fall off a cliff in the next couple of months and they are desperate for cash.

Will it be a waste of time? Even if Spurs were willing to sell and negotiate a more aggregable price, conducting transfer business with chairman Daniel Levy is notoriously challenging, while United’s status as a direct rival makes it even more unlikely. If United were to spend a huge sum of money on Kane in a complicated deal that would likely drag out for weeks, maybe months, where would that leave the rest of the club’s much more carefully planned recruitment plans ahead of next season?

Jadon Sancho and Jack Grealish have been identified as players United need, while the opportunity to sign 16-year-old prodigy Jude Bellingham as one for the future cannot be ignored. They are the club’s three primary targets, but pursuing Kane would mean a rethink.

United, although tremendously wealthy, don’t have completely unlimited resources and couldn’t do all four deals in one transfer window. In that respect, an opportunistic approach for Kane doesn’t seem worth not having enough money or time left to go after the other three.

Striker is a need for United, but not quite as much as a wide forward or more midfielders.

While signing Harry Kane has the potential to be a once in a generation masterstroke for Manchester United, the risks, cost and other implications are too significant to ignore.

If any position can be made to wait a year or six months, it is probably striker.

Would United not, therefore, be better focusing on a cheaper, younger and generally more attainable target than the Spurs talisman?

The answer is probably yes.