​Ole Gunnar Solskjaer will be expecting a response from his Manchester United side when they host bottom side Norwich at Old Trafford this Saturday.

The Red Devils lost 3-1 at home to Manchester City in the first leg of their Carabao Cup semi final and have struggled in Premier League as of late. They've won two of their last six league games and sit five points off fourth placed Chelsea.

They now host bottom side Norwich, who haven't won in eight Premier League games and have the worst defensive record in the league, conceding 41 goals in 21 games.

With all that considered, 90min is here to decide who the Norwegian should select to ensure United get back on the right track. David de Gea (GK) - Questions are being asked of the Spaniard, with United only managing to keep three Premier League clean sheets all season. ​De Gea hasn't looked like the keeper he once was, with the mistake against Watford summing up his season so far.

Aaron Wan-Bissaka (RB) - The big-money move from Crystal Palace over the summer hasn't seemed to faze the 22-year-old Englishman. He's completed the third most tackles in the Premier League (74), the most by a Manchester United player all season.

Harry Maguire (CB) - Will he? Won't he? Whether the world's most expensive defender will be fit has been the question on quite a few people's lips​. Maguire suffered a hip injury in United's FA Cup clash against Wolves last weekend and subsequently missed the Carabao Cup game in midweek. United fans will hope he returns, with Phil Jones being the alternative at the back.

Victor Lindelöf (CB) - The Swede is arguably growing into his role at the back for United. Of course, he's no world beater and has not yet fulfilled the potential he had, but he remains an important part of the team in its current situation. It remains to be seen who he'll be playing alongside this weekend, however.

Brandon Williams (LB) - Luke Shaw has not impressed at all this season, and so often looks off the pace during games. It is fortunate, then, that Solskjaer can look to 19-year-old Brandon Williams – who has excelled when he's featured for the side this season. This could be a pivotal season, with the future of the left-back spot up for grabs. 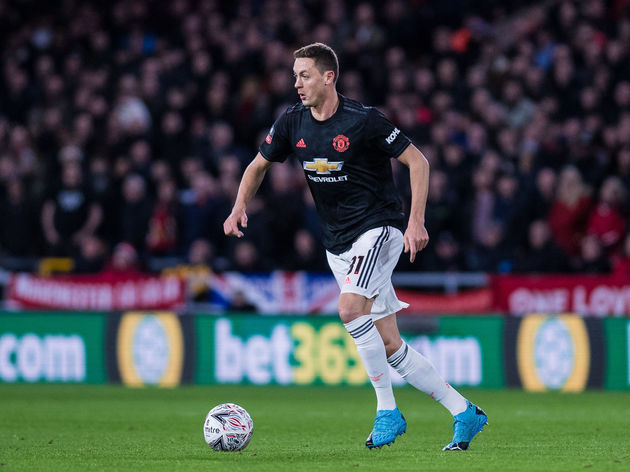 Fred (CM) - To say that United have a bit of central midfield crisis at the moment would be a slight understatement. ​Fred has been a relatively consistent performer during this campaign, but still hasn't developed into the £50m player the club hoped for when they bought him. He is yet to record a goal or an assist in the league this season, and he'll be hoping to change that soon.

Nemanja Matić (CM) - With Paul Pogba and Scott McTominay both out with injury, it gives the big Serbian an opportunity to impress. He's started the last two ​Premier League games but looks a shadow of his former dominating presence.

Andreas Pereira (AM) - Pereira had the dubious pleasure of scoring an own goal in the 3-1 loss to Manchester City, but he remains a better option to sit in the number ten role than Jesse Lingard. The Brazilian has one goal and three assists in 14 league starts for ​U​nited this season - but midfield is one of the areas Solskjaer will have to strengthen this transfer window. Daniel James (RW) - Three goals and six assists isn't a bad return at all for the Welshman, who signed from Swansea during the summer window. He has struggled in recent weeks though, as it seems the intensity of the Premier League may have worn him down. He remains a real threat down the right flank with his pace and agility though.

Anthony Martial (ST) - The Frenchman was left out of the starting XI in the Carabao Cup but should come back to lead the line. He's well on his way to his best season ever in the red of ​United, with seven league goals in 15 games so far. ​When Martial plays well, so do United.

Marcus Rashford (LW) - Undoubtedly United's best player this season, maturing into the player that many hoped he would. With 12 league goals already this season, the academy graduate has already had his best goalscoring season at Old Trafford. Him and Martial have the potential to form one of the deadliest duos in English football.