The transfer window is in full flow, and already we've seen some blockbuster moves, as well as a few which have raised more questions than answers.

That's the fun of the transfer window. Nobody knows what's going on. Not players, not managers, not fans and certainly not wannabe Twitter journalists. However, the rumour mill never stops churning out stories.

Here are seven rumours for you to watch out for.

​Derby County's Jayden Bogle is young and he's English, so of course that means he gets linked with a big-money transfer.

​Brighton and Hove Albion look set to win the race for the 18-year-old right-back's signature, as the ​Daily Mail claim they have opened negotiations with Frank Lampard's side over a potential £10m move.

New manager Graham Potter is eyeing a busy summer which, to be fair, the Seagulls are in dire need of. They were strong candidates for relegation from the ​Premier League last season, so Potter will be looking to turn their fortunes around. The summer transfer window has barely just begun, but Alaves have already made ​West Ham United look like fools. After managing to convince the Hammers to give them Lucas Perez for just £2m, they're not about to return the favour.

Alaves have already rejected their £13.5m bid for centre-back Guillermo Maripan, as they look to take West Ham for every penny possible. Fortunately for them, according to ​The Sun, their plan might work, as the Hammers are ready to return with a £15m bid.

You can almost hear the Alaves chiefs saying "Lucas who?", seemingly haven forgotten about West Ham's generosity in the first place. Football can be a cruel sport sometimes. Yes, Islam Slimani is still a ​Leicester City player, although probably not for long.

The Algerian simply never took to life in the Premier League, and his form on loan with Fenerbahce was barely any better. However, he appears to have piqued the interest of Benfica who, according to ​A Bola, have already lodged a bid for the 30-year-old.

​Unfortunately, it looks to be too early for Leicester fans to celebrate, as he is said to have signed an anti-rival clause when he left Sporting CP in 2016 which forbids him for playing for - you guessed it - Benfica. Who knows where he'll end up, but everyone is hoping that is anywhere other than the King Power Stadium.

Luka Jovic this, ​Eden Hazard that. ​Real Madrid can sign other players too, you know. How about Real Zaragoza's Alberto Soro?

The 20-year-old caught the eye last season in the Spanish second tier, so much so that, according to ​AS, Real Madrid are ready to activate his £9m release clause to beat ​Barcelona to his signature.

​The plan is to loan him back to Zaragoza for one more year, just as they did with Jesus Vallejo in 2015. However, they might not want to mention Vallejo's name too loudly, as the centre-back's career has completely stalled since leaving Zaragoza. Probably not the best example to try tempt Soro. Old? Check. Not as good as he once was? Huge check. It seems like ​Christian Benteke ticks all the standard boxes for a move to China, but he clearly doesn't think the same.

​The Belgian has been tipped to make the move to China after racking up a monstrous tally of one goal in 19 games last season, but he has told ​Walfoot that he has no intention of turning into a "thief" and taking a big-money exit from ​Crystal Palace.

It's good news for everyone, except Palace fans, who get to endure another season of watching the 28-year-old fall at every hurdle. For six months, it seems like the footballing world have spoken about nothing but Adrien Rabiot's inevitable departure from Paris Saint-Germain. Truthfully, it's getting old. However, if you're sick of the story already, how frustrated you would be if it all turned out to be completely pointless?

Are you sitting down? Good. According to Soccer Link, Rabiot ​is ready to complete the biggest plot twist in history by signing a new contract with PSG, with close friend Leonardo set to return to the club as sporting director.

Leonardo is said to have already spoken to Rabiot's mother (you know, the one who previously said there was ​"no way" he would re-sign) to try convince him to snub the likes of Barcelona, ​Liverpool and ​Tottenham Hotspur to stay in Paris. Although, RTL's ​Philippe Sanfourche denied that this whole thing ever took place, so who knows. 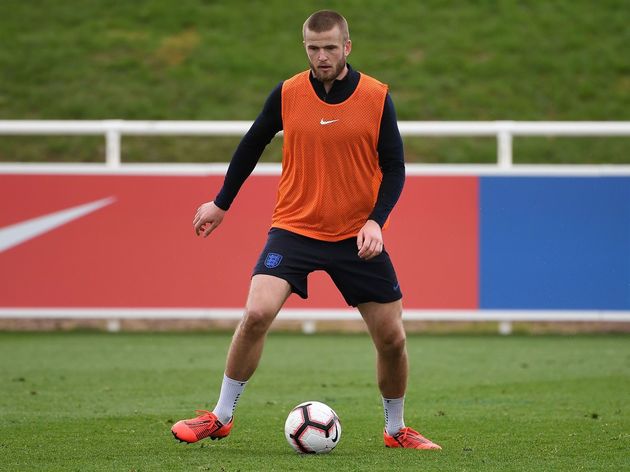 ​If you haven't figured it out yet, it looks like ​Manchester United want to sign literally everyone this summer. You're world class? Welcome to Old Trafford. You once scored a hat-trick in Sunday League, only for a knee injury to ruin your career? Deal.

Somewhere in the middle sits Spurs' ​Eric Dier who, according to ​The Times, finds himself near the top of United's wish list.​ Replacing the ageing ​Nemanja Matic is said to be one of United's top priorities, and that mission has led them to Dier.

Well, actually, it led them to West Ham's Declan Rice, but United don't think they have a chance of signing the youngster, so they have turned to Dier. So, to sum up, they don't really want him, but they want him. That sounds about as clear as United's future.