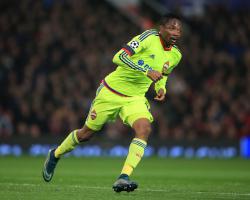 The Daily Mail claims Italy boss ANTONIO CONTE will be the long-term replacement for Jose Mourinho, who was sacked in December

Barcelona forward NEYMAR says he would "love" to play under PEP GUARDIOLA, the Bayern Munich manager who is widely expected to take over at Manchester City in the summer, the Daily Mirror reports

West Brom are in talks with QPR in a bid to take former Tottenham midfielder SANDRO on loan, according to the Daily Telegraph

And finally, the Sun says a proposed loan move for West Ham midfielder REECE OXFORD has fallen through because Charlton manager Jose Riga does not know who the 17-year-old is