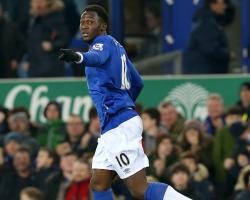 LOUIS VAN GAAL could be prepared to walk away from Manchester United in the summer, the Daily Mirror reports

Under-fire Van Gaal has one year left on his deal at Old Trafford but has come under severe pressure for United's lacklustre performances this season.

The Colombian international has only been in Spain since the summer but Spurs are reported to have made a ÃÂ£23million bid for his services.

Everton are playing hard ball over a potential sale of ROMELU LUKAKU, according to the Sun

However, the Toffees have slapped a ÃÂ£65million price tag on his head, the Sun says.

The Brentwood Gazette reports the Hammers are eyeing an ÃÂ£18million move for the England and Liverpool striker.

YAYA TOURE could be entering the final few months of his Manchester City career, according to the Sun

The Ivorian has been a key player for City for several seasons, but the newspaper says he will not be signing a new deal in the summer and quotes agent Dimitri Seluk as saying Toure is prepared to "listen to any offers on the table".