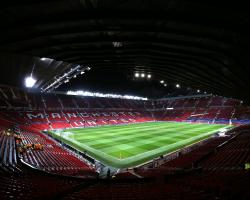 The Spanish giants head the world rankings with a value of $3.26billion (ÃÂ£2.08billion), ahead of the Dallas Cowboys and New York Yankees - both valued at $3.20billion (ÃÂ£2.04billion).

Fourth-placed Barcelona ($3.16billion or ÃÂ£2.02billion) complete the top five while American sports dominate the rest of the top 10.

The NBA's Los Angeles Lakers and New York Knicks, the New England Patriots and Washington Redskins of the NFL and baseball's Los Angeles Dodgers all make the top 10

American business magazine Forbes has been valuing teams in the major sports leagues since 1998 and the average current value of a team on the list is $1.75 billion (ÃÂ£1.12billion), the highest ever, and a 31 per cent increase from last year.