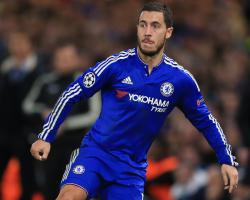 Madrid, who bought Luka Modric and Gareth Bale from Spurs, see Kane as the figurehead of the next generation with Cristiano Ronaldo's future uncertain, reports the Daily Telegraph.

The Belgium playmaker is reported to be unsettled at Stamford Bridge after a disappointing season and United are targeting him after being told they will not get GARETH BALE.

Louis van Gaal's side have played down rumours of a January bid for the former Chelsea man, with the Daily Mirror reporting a ÃÂ£40million raid is being prepared.

However, Ancelotti, who was fired at the end of the 2011 campaign, rejected the chance to return to Stamford Bridge.

Finally, Swansea have had a ÃÂ£14.1million bid for Napoli's MANOLO GABBIADINI rejected, according to the Guardian.