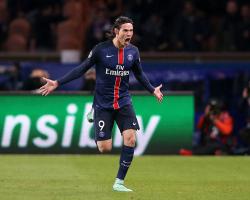 Manchester City boss PEP GUARDIOLA will be allowed to splash the cash on a left-back in January, with the Daily Mail reporting he has ÃÂ£20million to spend.

Manchester United will not get Christmas off as manager JOSE MOURINHO has called them in for training on December 25, reports the Sun.

Mourinho, meanwhile, will try to sign Paris St Germain striker EDINSON CAVANI, according to the Express.