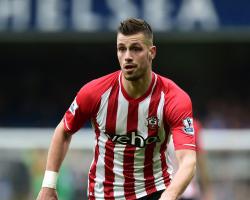 Koeman confirmed the Saints had received a bid from Old Trafford for Schneiderlin, who was absent from the club's first training session of the new season on Monday, but said "it wasn't serious".

The Dutchman also said Southampton were hopeful of retaining Toby Alderweireld despite revealing Atletico Madrid, the defender's parent club, are resisting their move to make his loan deal a permanent one

"Morgan was ill but he is coming to training tomorrow and he will travel with the rest of the squad to Austria," said Koeman ahead of Southampton's pre-season trip

"He was not feeling well, so he had contact with the doctor and he stayed at home," Koeman added

It wasn't serious and no more bids today."