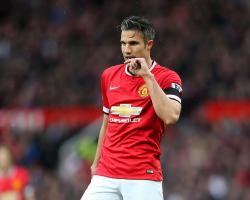 His impact since then, however, has been muted due to a series of niggling injuries, and he was limited to 10 goals in 29 appearances under compatriot Louis van Gaal last season.

On Thursday, Fenerbahce announced via Twitter: "Fenerbahce has begun to transfer talks with Robin Van Persie and his club Manchester United."

If Van Persie is sold, United would have only Wayne Rooney, James Wilson and the injured Javier Hernandez - out with a broken collarbone - in their squad as recognised strikers following the exit of on-loan Falcao at the end of the season.