​With Wednesday's Manchester derby just around the corner, Liverpool star defender Virgil van Dijk has sent a message to Manchester United as they recover from their 4-0 loss to Everton on Sunday.

The Dutch international, who has been integral to Liverpool's stellar 2018/19 campaign, has suggested that the Red Devils need to reflect on the margin of their defeat to the Toffees and find a way to bounce back against Manchester City on Wednesday night. Van Dijk - who has started all 35 ​Premier League games for the ​Merseyside club this season - has helped his side to the top of the table, and will now be hoping that ​Manchester United can disrupt ​City's title aspirations as the season draws closer to its end.

As ​quoted by Metro Sport however, Van Dijk shrugged off any suggestion that Liverpool were relying on Manchester United to do them a favour in the league, saying: " 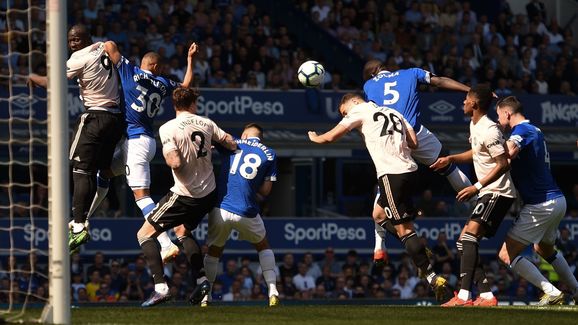 "We have no influence on that, but they are still playing for Champions League football and they need to get a result."

Manchester United currently sit in sixth position in the league, and will be desperate to try and achieve ​Champions League football for next season having ​crashed out to Barcelona in the 2018/19 quarter-finals.

Although Liverpool fans, as well as many a neutral, will be watching ​the Manchester clash with bated breath, Van Dijk suggested that his team's primary focus was on winning their remaining fixtures.

ring ​Ole Gunnar Solskjaer apologised to the Manchester United fans after admitting that his side were 'beaten on all aspects' in Sunday's 4-0 defeat to Everton. The Red Devils suffered the disappointment of elimination from the Champions League agai.. https://t.co/snwu4C3RHk

When asked whether they could go on to do so, Van Dijk responded: "

"Our next challenge is going to be on Friday, so we’ll see." Whilst Liverpool prepare to face ​Huddersfield at Anfield on Friday, the crucial Manchester derby kicks off on Wednesday 24 April at 20:00 (BST).