Spain international De Gea was one of Sir Alex Ferguson’s last marquee signings at United, arriving in 2011 from Atletico Madrid for around £17m.

By this point, Rooney had been at Old Trafford for seven years, by which time he had won the Champions League and four of his five Premier League titles. 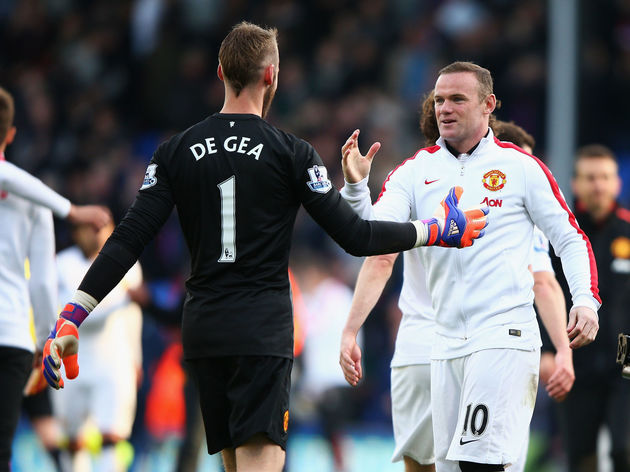 ​De Gea endured some tough spells in his first season, coming in for regular criticism from pundits for some ropy displays, while second-choice Anders Lindegaard got the nod in the league on ten occasions.

Talking with Gary Neville on Sky Sports in December - as quoted by Team Talk - Rooney described how De Gea ‘struggled’, and thought the goalkeeper may have been out of his depth at that level.

Discussing the penalty save De Gea made from Robin van Persie in United’s famous 8-2 win over ​Arsenal in the Spaniard’s first ​league season, Rooney admitted: “This was a massive moment for De Gea in his career at Manchester United. I think it was a turning point.”

He added: “He looked like a baby for two years. I lost faith in him for a couple of years, I knew he had the talent, but physically...”

United’s all-time top scorer Rooney concurred, noting: “Going from Edwin [van der Sar], when David [de Gea] came in I was like ‘there’s no way he is a goalkeeper’ he was so thin and small. “He struggled. He struggled in training, he wasn’t great, and I remember thinking he wasn’t good enough to play for Manchester United. But Alex Ferguson had faith in him and thankfully he did because he’s probably the best keeper in the world.”

But since establishing himself as United’s undisputed number one and an excellent successor to former Red Devils keepers, De Gea has had some wobbly seasons form-wise.

Erratic errors have crept in, prompting many within the game to consider the Brazilian duo of ​Manchester City’s Ederson and ​Liverpool’s Alisson as the Premier League's top shot-stoppers.