Rooney joined Derby as a player-coach from D.C. United this winter and has made a strong start to his career back in England after 18 months in North America.

Good win last night to set up a fifth round tie against @ManUtd  #FACup pic.twitter.com/R2CUBecSm1

Here’s a look back at every time he’s previously faced Manchester United to date. Spoiler alert: it's bad. 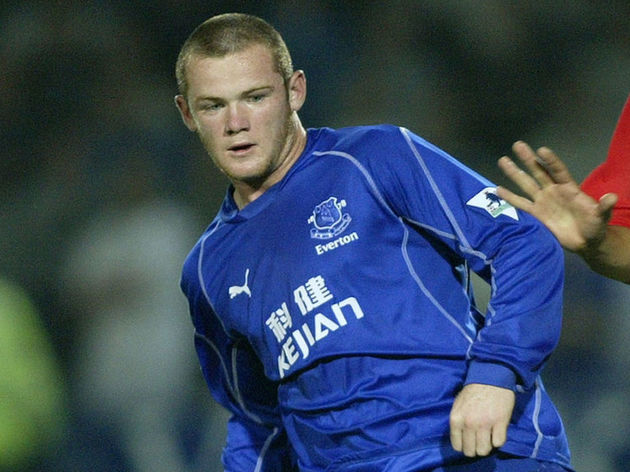 Rooney’s first ever game against United came at the age of just 16, only a couple of weeks before he shot to stardom with a stunning winner against Premier League champions Arsenal.

Everton had actually managed to keep the hosts at bay for most of the game and it was still 0-0 when Rooney replaced Tomasz Radzinski with a little over 15 minutes to play.

But then came a late flurry, Paul Scholes scoring twice either side either side of a Ruud van Nistelrooy penalty, all in the final five minutes. The first time Rooney faced United at Goodison Park also happened to be David Beckham’s last game for the re-crowned Premier League champions before a summer move to Real Madrid.

A 17-year-old Rooney started the game for Everton, his eighth consecutive start in the Premier League after mostly coming off the bench earlier in the campaign.

Everton actually took an early lead through Kevin Campbell, but a Beckham free kick cancelled out the advantage and Van Nistelrooy won it for the visitors in the second half. Rooney was fortunate to see yellow and not red when his Everton team went to Old Trafford on Boxing Day 2003, with the 18-year-old ferociously wiping out fellow teen Cristiano Ronaldo.

United led 2-1 at half time thanks to goals from Nicky Butt and Kleberson either side of a Gary Neville own goal. David Bellion, assisted by Ronaldo after the Portuguese’s run-in with Rooney, extended the lead to 3-1 in the second half.

Duncan Ferguson grabbed what was only a late consolation for the visiting Toffees. Perhaps motivated by the previous encounter, David Moyes opted to name Rooney on the bench when Everton met United at Goodison Park only a few weeks later.

In a bizarre game, the visitors were 3-0 up at half time after a brace from new signing Louis Saha and one from Van Nistelrooy. Moyes then turned to Rooney in a triple substitution.

Remarkably, Everton pulled it back to 3-3 courtesy of David Unsworth, a John O’Shea own goal and Kevin Kilbane, only to then lose it late when Van Nistelrooy got a last gasp winner. Having joined United for £27m in the summer of 2004, it was another 13 years before Rooney next played against the club, doing so on his return to Everton in the autumn of 2017.

Antonio Valencia netted after four minutes, and while it remained close until late on, Everton crumbled to a 4-0 defeat when Henrikh Mkhitaryan, Romelu Lukaku and Anthony Martial scored. 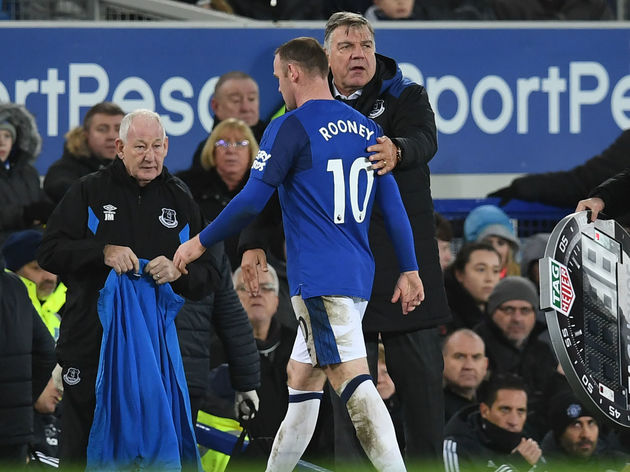 Rooney’s most recent game against his former club also ended in defeat, making it six losses in six games in total throughout his career – and no goals.

The game at Goodison Park was level until Martial broke the deadlock just shy of the hour mark, prompting a reshuffled from Everton boss Sam Allardyce and Rooney’s withdrawal. Jesse Lingard doubled United’s lead towards the end of the game to seal the win.