20 years ago the club secured one of the greatest achievements in the history of football when a dramatic stoppage time comeback in the Champions League final on that very pitch completed the third and final piece of an historic treble; something no other English club has ever matched.

Ole Gunnar Solskjaer himself scored the iconic winning goal back then, sticking out an instinctive right boot to prod Teddy Sheringham's flick-on header into the top corner.

Now that he is manager, constant links back to 1999 are impossible to escape.

It started when the Norwegian set a new club record after winning all of his first eight games in charge, marking a dramatic turnaround from the lacklustre and tired performances under Jose Mourinho in the first half of the season. It then ramped up when United completed a miraculous aggregate comeback against Paris Saint-Germain in the Champions League round of 16. 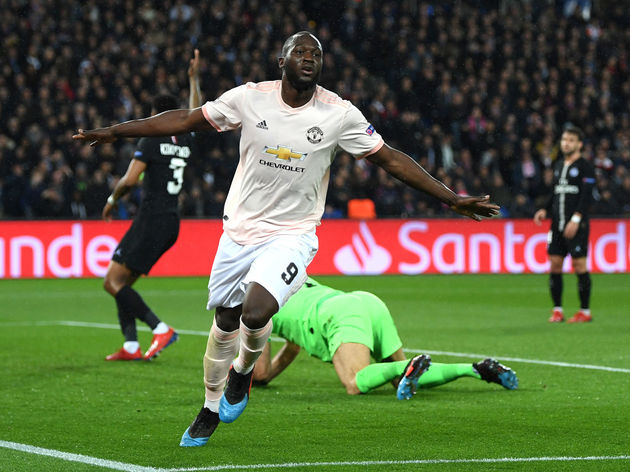 No team in the history of the competition had ever previously won a knockout tie after losing 2-0 in the first leg at home. But United did. What's more, they did it with 10 first team players missing through injury or suspension and a dramatic late penalty scored by Marcus Rashford.

Nostalgia is a wonderful thing to revel in, but that is all it is.

Fans enjoy it and it creates a great story, but the 'Spirit of '99' isn't as valuable to United's current crop of player as the 'Spirit of Paris' from just last month. Perhaps the likes of Rashford, still in nappies when Solskjaer slid on his knees at Camp Nou all those years ago, might be inspired by stories and videos of that most famous of nights, but the tangible firsthand experience of actually beating PSG against all odds is more significant back in the reality of present day.

That is something they did themselves and can actually grasp as they prepare to raise themselves to that level again for another huge European challenge. Even for Paul Pogba, who was sidelined through suspension, that Parc des Princes win will provide a big boost. Let's not kid ourselves that something that happened literally 20 years ago, with different players, in different circumstances, against a different opponent, with only man in both scenarios - featuring in different roles, at that - will in any way dictate what happens at Camp Nou this time.

Instead, Tuesday night will come down to how the United class of 2019 apply themselves, because regardless of the events of 1999, this is a winnable game.

Barcelona are not an infallible force. There were obvious weakness in the first leg that United simply lacked the quality on the night to exploit. The Catalans were fortunate when a Luke Shaw own goal gave them a slender lead and away goal at Old Trafford, but neither side really created much in the way of clear chances and arguably neither deserved to win the game.