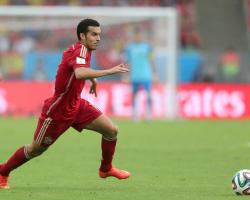 A number of English sides have been linked with a move for the three-time Champions League winner, who has spoke about his 'difficult situation' at Barcelona.

Whilst also admitting that his release clause with the club has been reduced from Ãâ¬150m, to just Ãâ¬30m:

ÃâItÃâs true, we agreed to reduce the value of the buyout clause and itÃâs true there are offers,Ãâ

Liverpool and Chelsea have also been monitoring the 27-year-old's situation at Barcelona, but United now lead the race for the player's signature after after he told friends he'd prefer a transfer to the Old Trafford club.

Barcelona would likely agree his sale for a fee in the region of ÃÂ£18-ÃÂ£20million, which is good value for a European & World champion.