Yes, Bruno Fernandes Does Lose the Ball a Lot - But That's Not Necessarily a Bad Thing

Manchester United are flying (sort of) and that is mainly thanks to the mid-season arrival of Bruno Fernandes, not just in terms of the technical quality and creativity he adds himself, but also in the way that he has lifted his new teammates to perform better as well.

It is odd, then, that United are now reaping the benefits of having a player that was deemed to be not the right fit for them during the summer transfer window. It was reported at the time that the club actively chose not to pursue Fernandes because scouts concluded he gives the ball away too often. The club was specifically seeking players considered ‘reliable in possession’, while Fernandes’ decision making was also questioned.

Between summer and now, Fernandes didn’t become a different player. He genuinely does give the ball away quite a lot, but whether out of desperation for a new signing or a genuine change of heart, United are discovering first-hand that is what perversely makes him such an asset.

It is definitely not a ‘flaw’ as one sensationalised tabloid report has framed it.

A cursory glance at the stats will reveal that Fernandes is among United’s least accurate passers of the ball – across his five Premier League appearances to date, the Portugal international has only been successfully finding a teammate 76.5% of the time.

Superficially compare that to United’s most accurate passers with at least five league starts to their name and it looks quite bad. Juan Mata, Jesse Lingard, Fred and Luke Shaw are all averaging at least 87%. In the Premier League as a whole, Manchester City trio Nicolas Otamendi, Rodri and Ilkay Gundogan are all hitting north of 91% with their passing accuracy.

It of course takes skill and composure to keep possession, but anyone can pass side to side and backwards. That is why every single player in the Premier League to have made at least 1,700 passes so far this season is a defensive midfielder, centre-back or full-back.

What sets attacking players apart is that they take risks with the ball. It supposedly why United didn’t want Fernandes before, but his willingness to always look forward to try and create a goalscoring opportunity is precisely why he has made the impact he has done. 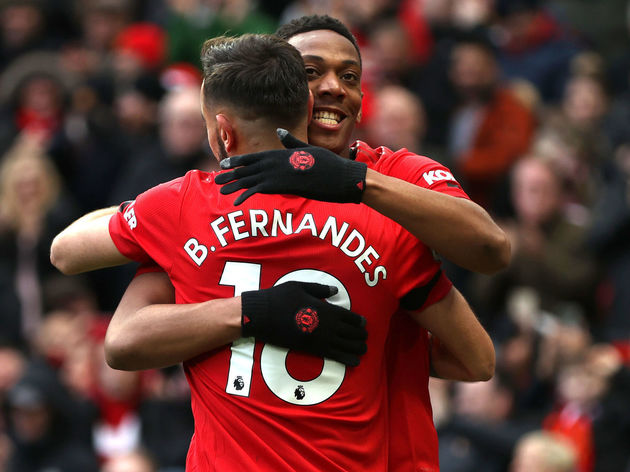 Is it a coincidence that the only United outfield player with a worse passing accuracy (76.4%) among the club’s regular starters is Marcus Rashford? 14 goals and four assists says not.

The best attacking players take risks and do give the ball away more than other players as a result. But what it brings in return when it does pay off is absolutely worth it...It’s just a shame for United fans the club didn’t see it six months sooner.