One suggestion for how to proceed is to completely write off this season. Nobody wins, nobody loses and the teams who qualified for the 2019/20 Champions League would just keep their place next year. For some teams, that's great. For others... not so much.

We all know Liverpool stand to lose everything in the Premier League, but who else is in the mix? Here, 90min looks at five winners and five losers if all European football was written off right now. Speaking to ​Le Monde, Lyon president Jean-Michel Aulas ​insisted that the Ligue 1 season should be scrapped altogether, and the sides who qualified for the ​Champions League last year (like Lyon) should qualify for next year as well.

Well, he would say that, given Lyon are closer to the relegation zone than second place this time around.

Channelling his inner Karren Brady, it might sound like Aulas has pure intentions, but we all know why he really wants this season voided. Lyon's qualification for the Champions League would come at the expense of Rennes, who have defied expectations to climb up to third in Ligue 1 this year.

Having finished down in tenth last season, it's fair to say that nobody really saw Rennes' success coming. M'baye Niang, Eduardo Camavinga and friends have been great value for their current position, but it could all be taken away.

With Camavinga tipped to join someone like ​Real Madrid this summer, it's by no means a guarantee that Rennes will be anywhere near this good next year. This could well be their only chance to qualify for the Champions League. 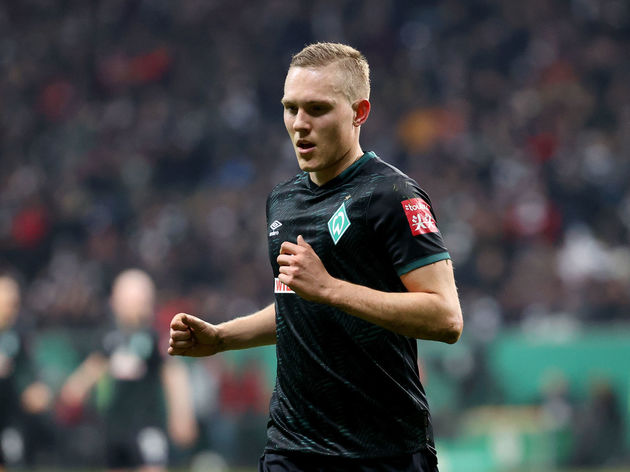 Werder Bremen finished eight in the ​Bundesliga last season and failed to qualify for any tournaments, so why would they be winners if this season was voided? Well, that's because they're currently down in the relegation zone in 17th.

If the Bundesliga did introduce the 22-team system which has been suggested, Bremen would be just fine, but they're really flirting with trouble right now. If the season carries on, they could find themselves dropping down. In 2018/19, ​Leicester City were really average. They finished ninth in the ​Premier League and qualified for nothing. This year, they're on for the Champions League.

Brendan Rodgers' side are sitting pretty in third and fully deserve to qualify (if you look past the fact they've forgotten how to play football recently). If the season was cancelled now, all that hard work would have been in vain.

Some of their top stars could be sold this summer, and ​Jamie Vardy isn't getting any younger. Who knows where Leicester will be next year without Champions League football. What a nightmare this season has been for ​Tottenham Hotspur. From start to finish, everything has gone completely wrong, and they're flailing down in eighth. Champions League qualification is so far away.

Just one year ago, Spurs were beating ​Arsenal to fourth spot in the Premier League table, so voiding the season would see them back in Europe's competition without even earning it. The dream!

Spurs would win, but all the neutral fans would lose. After all, the upcoming Amazon documentary wouldn't be nearly as funny if Spurs' season ended on a high. ​Manchester United would probably prefer to forget that the last seven years never happened, but this season would be one that the Red Devils actually wouldn't want to void.

They're just three points away from the top four, while ​Manchester City's European ban might even be enough to see them qualify for the Champions League in fifth, so they will certainly want to keep the ball rolling this year.

A voided season would send them right back to the Europa League, which spells all sort of trouble. They'd make less money and transfer targets would be less inclined to join. United need the Champions League. For obvious reasons, Espanyol will want this season to be wiped from history. Not only would they guarantee survival, but they would actually get back into European competition. How's that for a result?

Losing Borja Iglesias and Mario Hermoso really hurt Espanyol, but voiding the season would give them another shot at replacing them. Poor Ciro Immobile. His 27 goals this year probably merit winning the ​Serie A title, but ​Juventus are determined to spoil the fun. However, if the season is voided, his Lazio side wouldn't even reach the Champions League.

They finished down in eighth last year, and they only qualified for the Europa League thanks to their Coppa Italia victory, but this season has been much more like it.

Currently second and just one point off the top, Simone Inzaghi's side will be doing all they can to keep this campaign alive. Immobile deserves it. ​Atlético Madrid's triumph against defending European champions ​Liverpool was incredible, but it was by no means an accurate reflection of how this season has gone for Diego Simeone's men.

They've fallen down to sixth in La Liga and are set to miss out on the Champions League next season as it stands, which is why Los Rojiblancos would want to flash back to last year's second-placed finish.

Atlético are only one point off the top four, so they might still make it if the season goes ahead os normal, but getting there for free would be even better. ​West Bromwich Albion and ​Leeds United have been tipped to be thrown into the Premier League next season, which would mean no ​Championship playoffs, and that's bad news for ​Preston North End.

Preston currently find themselves in that final playoff spot in sixth, which is a drastic improvement on their 14th-placed finish from last year. They have fought for their chance to battle for a spot in the top flight, but they might not get it.​

They haven't reached the playoffs since 2009, but that wait could be going on for a little while longer.