10 of the Greatest Strike Partnerships of All Time

​Over the years, we have seen some sensational strike partnerships around the world.

​The first time Ian Rush and Kenny Dalglish lined up alongside each other for ​Liverpool came in November 1981. Dalglish netted twice and his partner added a third, and everything seemed to fall into place almost instantly.

The duo formed a fluid partnership, both using their elite vision and movement to create space for the other, and they did absolutely everything you could want from your two strikers.

The pair combined for 46 goals in the 1982/83 season, before beating that tally with 47 strikes in the following campaign. Anfield has seen plenty of elite strikers, but few came close to replicating the stunning relationship between Rush and Dalglish.

​The 1994/95 season will live long in the memories of ​Blackburn Rovers fans, and that is entirely due to the combination of Alan Shearer and Chris Sutton.

With Dalglish leading the team, former centre-back Sutton would often drop deep into midfield to put pressure on opposition defenders. He would recover possession with a crunching challenge, or fight for headers to be able to feed Shearer, who was always on hand to capitalise.

Blackburn went on to win the ​Premier League title, with Shearer and Sutton combining for a stunning 49 goals. Both played their roles in the system perfectly, and they etched their names into the history books as a result. 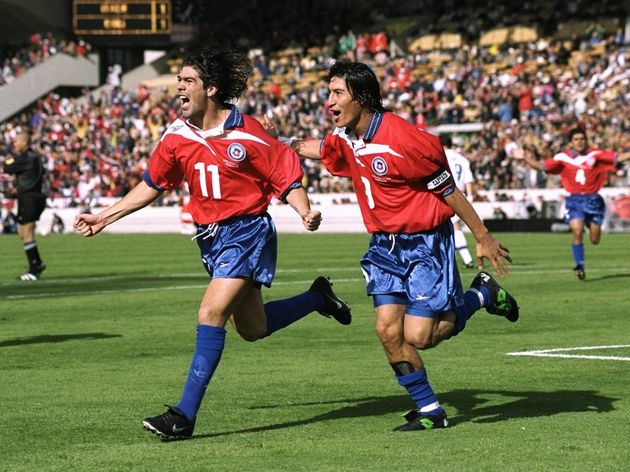 When it comes to international football, few strikers have lit up the world like Chile's Ivan Zamorano and Marcelo Salas.

Both strikers had forged reputations as powerful, yet technically gifted forwards. When they played together, they were simply too much to handle, and they had a great chance to showcase their skills at the 1998 World Cup.

After a prolific qualification run, Zamorano and Salas put their nation on their backs and stunned the world by helping Chile emerge from the group stage. Together, they helped Chile rediscover a love for football. Most partnerships in the Premier League will find themselves compared to ​Manchester United's pairing of Andy Cole and Dwight Yorke, and with very good reason.

The duo were inspirational in guiding the Red Devils to the treble in the 1998/99 season, forming an almost telepathic relationship. If one moved, the other would know about it without even looking, which led to some stunning efforts on goal. If you just want goals, ​Lionel Messi could come out on top of most strike forces on his own. However, when ​Barcelona paired him with ​Luis Suarez in 2014, things got even better.

The Uruguayan understands perfectly how to compliment Messi on the pitch, and his movement and link-up play has helped his partner maintain his breathtaking form. Suarez and Messi have combined for 420 goals since they first joined up in 2014, and that number will only rise.

Barcelona have picked up four ​La Liga titles during their partnership, and even tasted success in the ​Champions League in the pair's first season together, and there's a good chance that they may need to expand their trophy cabinet in the coming years. When Porto opted to partner Hulk with Radamel Falcao in 2009, they created the perfect blend of speed, power and technical ability. They combined for 44 goals in their debut season, but this was only the beginning of their relationship together.

In the 2010/11 season, Hulk managed to rack up 35 goals and 27 assists in all competitions which, when added to Falcao's tally of 38 goals and seven assists, should tell you everything you need to know about this partnership. That's a stunning total of 73 goals in one season.

Everything they touched turned to goals, and they managed to bring the Liga NOS and Europa League trophies back to the Estadio do Dragao with ease. Another of those pairings who could be described as "the complete package", ​Arsenal's Thierry Henry and Dennis Bergkamp were viewed by many to be the blueprint for a successful strike partnership.

Henry could do it all on the pitch. He was quick, powerful and deadly in front of goal, and Bergkamp knew exactly how to play to his partner's strengths. The Dutchman would drop into the space between midfield and attack, and use his magic right foot to play the ball wherever Henry wanted.

They were a vital part of Arsenal's 'Invincibles' of the 2003/04 season, netting 34 goals to leave the rest of the Premier League in awe. 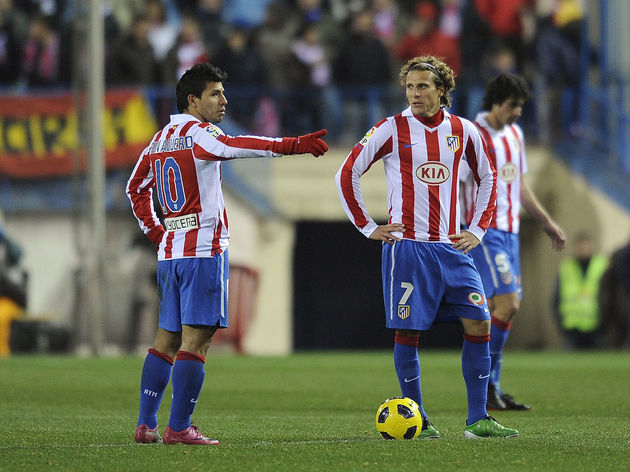 With Fernando Torres leaving for Liverpool in 2007, ​Atletico Madrid needed to find someone new to partner a young ​Sergio Aguero in attack, and there were few better options than Diego Forlan.

He was ready to teach Aguero everything he knew, sitting back and allowing the young Argentine to do what he does best - score plenty of goals. Forlan's movement and ability to score at any given moment created space for Aguero, who used his pace and creativity to return the favour for his partner, and the two were magic together.

Throughout their four years with the La Liga side, Forlan and Aguero racked up a combined 190 goals, 56 of which came in their second year together. The partnership between Grafite and Edin Dzeko may not have lasted long at Wolfsburg, but it left an unending mark on the ​Bundesliga in the 2008/09 season.

Two athletic powerhouses, Grafite and Dzeko were nearly identical on the field. Even though they loved to use their physicality to create chances for themselves, both had an eye on where the other was, and were never afraid to play a pass to keep defenders guessing.

Both Alfredo Di Stefano and Ferenc Puskas are widely viewed as two of the best to ever play the game, so you can imagine how great their partnership was with ​Real Madrid between 1958 and 1964.

It was the 1960 European Cup Final which proved to the world just how good this duo were. It was the first European match to be broadcast worldwide, and Di Stefano and Puskas certainly put on a show, combining for all of Los Blancos' seven goals in a memorable 7-3 win over Eintracht Frankfurt.

In one of the greatest six-year periods in club history, the pair racked up a stunning 302 goals between them, justifying their place in the history books.

This article was brought to you by , in cinemas soon. Check out the trailer below: