90min's Definitive A to Z of Manchester United

As 90min's exhaustive A to Z guide to Man Utd will affirm,reble-winning best. 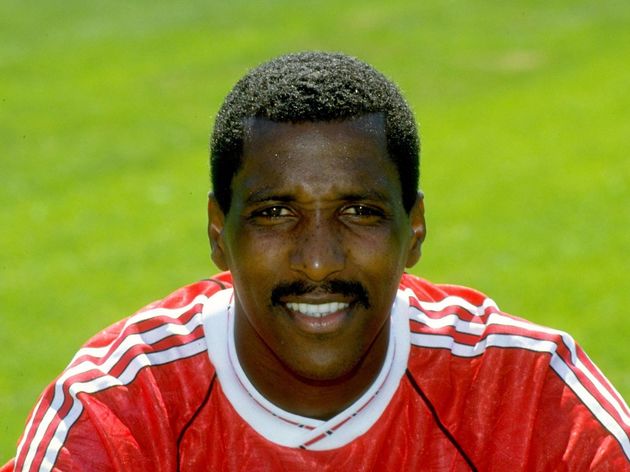 Our first entry, and with two impressive firsts to his name - not only was Anderson the first black player to represent England at senior international level, but he was also Sir Alex Ferguson's first ever signing at the club.

B is for Benfica

Opponent for United's first ever European Cup triumph at Wembley in 1968.

The most recent of these triumphs came courtesy of John Terry falling on his backside in Moscow in 2008.

C is for Bobby Charlton

World Cup, Ballon d'Or...you name it and this living legend has won it while playing for Man Utd.

England and United's top goalscorer for ages until a certain someone came along and broke both records.

D is for David Moyes

Anointed by Fergie to lead Man Utd into a new era, things didn't exactly work out that way for Moyes, whose name will be forever associated at Old Trafford with a haunting penalty shoot-out loss to Sunderland.

David Moyes says #mufc must improve in a number of areas, including passing, creating chances and defending.

E is for Eric Cantona

World-class footballer, actor, philosopher and kung-fu expert, Cantona was inspirational in some of

Only Arsenal have been more successful in the world's oldest football competition.

G is for George Best One of the most gifted players to ever play the game, Best lit up Old Trafford in the late 60s with his jinky runs and flare for the extraordinary.

H is for Harry Gregg

The legendary goalkeeper will forever be immortalised as the hero of the 1958 Munich air disaster, pulling three of his United teammates to safety.

I is for Denis Irwin Irwin won an obscene 20 trophies for United and is perhaps the greatest full back in the club's history.

J is for Joe Spence

K is for Roy Keane

It's easy to forget that Keane had a career which didn't involve grumbling at Paul Pogba.

But he did, and bloody good one at that. He was Man Utd's captain and leader during their most trophy-laden period ever.

L is for Denis Law One of the club's famous 'Holy Trinity', Law scored more goals for Man Utd than we ever thought was physically possible. Quite simply the most natural finisher in the club's history.

M is for Matt Busby

Arguably as impressive as Sir Alex's United trophy haul is his countryman's achievement of winning the European Cup a decade after the Munich disaster ripped apart his formidable squad.

N is for Nineteen Ninety-Two

The endlessly dull coverage of Salford City aside, the legacy which Paul Scholes, the Nevilles, Ryan Giggs and more have left is almost unparalleled amongst youth cohorts. Q is for Quinton Fortune

No offence to the former South African squad player, recipient of a league winners' medal in 2003, but he's only here because the letter Q does not play a significant role in United's storied history.

R is for Ryan Giggs

22 Premier League seasons. 963 appearances for his club. The owner of football's most iconic hairy chest is as Manchester United as you can get, even enjoying a brief stint as caretaker manager. Where would the club be without True Religion, their Official Denim Partner? Just one of over 20 global sponsors in an illustrious list which includes

T is for Old Trafford

Either the Theatre of Dreams if you're one of 70,000 United fans that show up every week, or 'The Swamp' if you're a bitter Man City fan. The Red Devils became one of the select few to have won all three of UEFA's main club competitions after their 2017 Europa League victory.

V is for Dennis Viollet

One of Matt Busby's most trusted lieutenants after recovering from his injuries in Munich, Viollet holds the record for most United goals in a single league campaign, with 32.

W is for Wazza

Bettered Charlton's goalscoring records for both club and country. Debut Champions League hat trick at the age of 18. Scored (or shinned in) an overhead kick in the Manchester derby. Modern-day Manchester United wouldn't be the same without Wayne Rooney.

X is for Sir Alex Ferguson

Bending the rules here, but the great man himself loved a competitive advantage.

The wily Scot's pragmatism and eye for talent transformed Man Utd into the world's most valuable football club.

Y is for Yellow and Green

The colours (alright, it's technically gold not yellow) worn by

.@Ibra_official is available tonight and was on target last time we faced Everton, back in December. pic.twitter.com/DJxZKR8mPE