Anatomy of a Goal: Wayne Rooney's Thunderous 2005 Volley Against Newcastle

As Brazilian midfielder Kleberson stood readying himself at the side of the Old Trafford pitch, those were the words uttered by Sky Sports commentator Ian Darke on a sunny spring day in April 2005.

Literal seconds later, Rooney unleashed a crashing volley that threatened to burst the net as he scored one of the finest goals of his illustrious career. 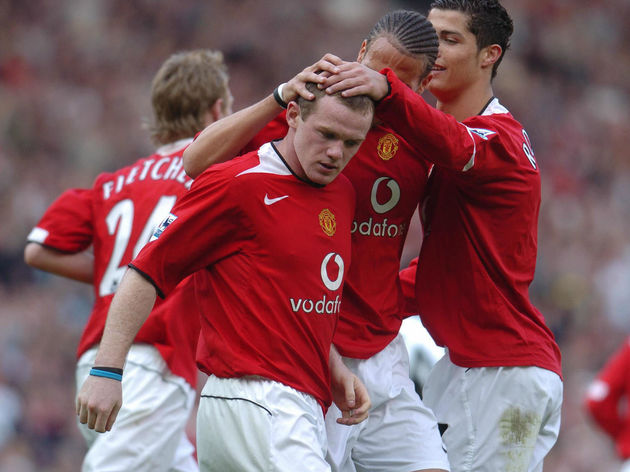 To make it even more remarkable, until the very moment he lashed his foot through the ball, the teenager had been remonstrating with referee Neale Barry.

Unsuccessful in his protests, Rooney turned his attention back to the game just as a header from Newcastle defender Peter Ramage was dropping into his path. He ran onto it, and…whack, frustration and anger perfectly channelled into a moment of football brilliance.

Had he not been so wound up in that moment, would the goal even have happened? A calmer Rooney might well have tried to take the ball down and control it, before looking to play.

The way he sweetly struck the ball saw it swerve incredibly, arching from left to right to loop into the net and ensuring Magpies goalkeeper Shay Given stood no chance of saving it.

Even in celebration, the frustration that led to it was clear. Rooney’s face was a grimace, not a smile, and he smashed the bouncing back into the net for a second time as he ran past.

“I had a dead leg at the time and I remember seeing one of our subs warming up and I think I was about to come off,” the player himself recalled in the 2011 documentary Rooney: Goal Machine. 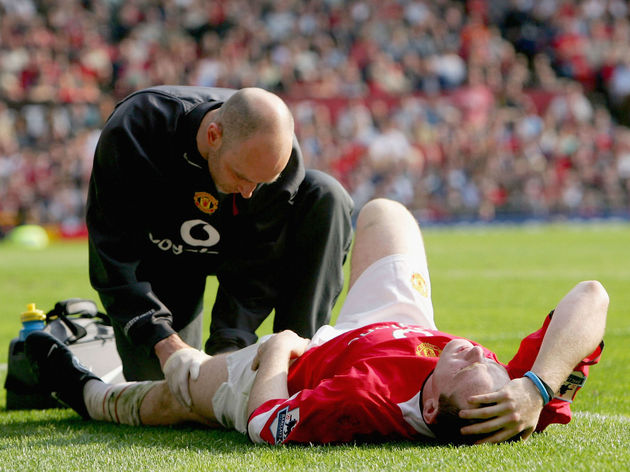 “I think Alan Shearer had [committed] about three fouls and the referee didn’t really seem to be punishing him enough. I was arguing with the ref about it, saying ‘If that was me, you’d be booking me and you’re booking him’.

“[The ball] got headed out and I just hit it as hard as I could.”

In the same film, legendary United manager Sir Alex Ferguson also commented, “I think he still had the anger of not getting a decision [from the referee] and he just lashed at the ball and it exploded into the net. It was an incredible hit.”

Despite Ferguson preparing to withdraw Rooney, United’s number eight was allowed to stay on and completed the full game. Kleberson did make it on, but it was for Darren Fletcher instead.

Who's the first player that comes to mind when you see the 2004-06 home shirt? pic.twitter.com/WjZcm2m7AH

The goal brought United back on level terms in the game. Newcastle had earlier taken a first half lead when Darren Ambrose capitalised on a poor kick from American stopper Tim Howard. Rooney’s strike just shy of the hour mark cancelled out that lead, with a very rare goal from Wes Brown – one of only five he ever scored for the club – handed the Red Devils all three points.

2004/05 was still Rooney’s first season at United. His £26m transfer from Everton had been completed the previous August. He was the world’s most expensive teenager, but he was still recovering from a broken foot that had prematurely ended his Euro 2004 and torpedoed England’s chances of international silverware in Portugal.

Rooney famously made his United debut in the Champions League against Fenerbahce at the end of September 2004, still aged 18, and marked it with a stunning hat-trick. Aged 19 by April of that season, his volley against Newcastle was his 16th goal of an impressive debut year. 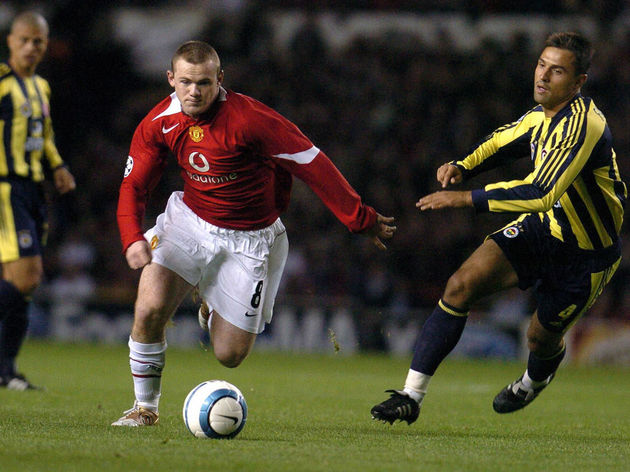 United eventually finished third in the Premier League by the time the 2004/05 wrapped up, but they improved to second behind a dominant Chelsea the following year.

By 2006, a new look United side with Rooney at the heart of it alongside Cristiano Ronaldo had been born and they reclaimed the Premier League title as a fresh era of success began.