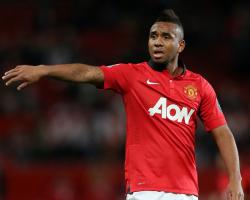 The 25-year-old, who has been at Old Trafford since 2007, took part in his first training session with his new club on Saturday after agreeing a move until the end of the season and passing a medical.

The Brazilian has failed to establish himself as a regular in the United midfield and in the summer he will have just one more year on his contract.