Anderson: The Teenage Sensation Who Faded Dramatically at Manchester United

‘Barely ever’ does not mean ‘never’, though. One man the Scotsman probably does regret bringing to Old Trafford is Anderson. But what could be quite so terribly wrong with a player who represented United for nearly eight years?

I can only think of two Brazilians in the history of football who can’t shoot. They have both played in Manchester United’s midfield. Anderson and Fred.

Looking back now, it’s unthinkable to remember Anderson as a player for the big occasion. And yet when the Red Devils signed him from Porto, that’s exactly what the 18-year-old had become known for.

The young midfielder had already earned cult status as the scorer of the all-important goal that earned Grêmio promotion back to Brazil’s top division, even though their side had only seven players left on the field at the time.

In addition, he had enjoyed a successful international career at youth level, winning the Golden Ball as the best player at the 2005 FIFA Under-17 World Cup. The award’s previous winners include Landon Donovan, ​Cesc Fàbregas, ​Toni Kroos and ​Phil Foden. In that respect, Anderson was set up for stardom in the English game. But the award has also been claimed by the likes of Sergio Santamaría, Julio Gómez and Sani Emmanuel, so it’s perhaps not the best indicator of which players will rise to international prominence.

Porto were so desperate to bring the teenager to Portugal that they were willing to spend £6m on him before he had even turned 18. His mother had to move and live permanently in Portugal for the transfer to be legally viable, given just how young Anderson was at the time.

Injuries set in, and he spent a period of five months out with a broken leg. He made 21 starts for the club in what turned out to be an underwhelming signing.

Ferguson brought the dazzling Brazilian to England and turned a few heads with the £28m that he had spent on him. 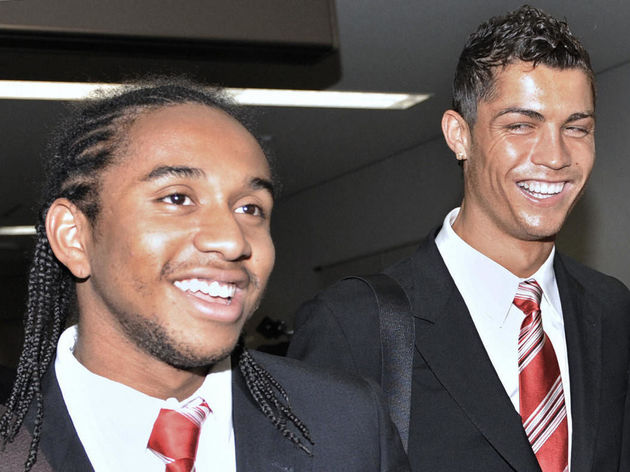 A wonderful first season in English football saw him win the Champions League by converting in the shootout in the final against Chelsea and claim the coveted Golden Boy award. There were flashes of Cristiano Ronaldo about Anderson in the red of United, but they were rare flashes, and they were seldom as effective as Ronaldo’s bursts of pace.

To cut a very long story short, Ronaldo became the best athlete football as ever seen. Anderson became a Turkish league substitute with a career total of just 30 goals.

Why did things work out so differently for the two of them? Specifically, where did it all go

As the seasons passed by, they got slower and slower for Anderson, who was being played less and less and getting worse and worse.

Anderson’s stunted progress and unfulfilled promise has been cited by Michael Owen as being down to his poor work-ethic and his weak mentality. A 1970 World Cup winner from Brazil’s midfield - Tostão - insisted he underachieved because his movement off the ball was sometimes non-existent. He was static, and for a high-profile midfielder that was a huge problem. 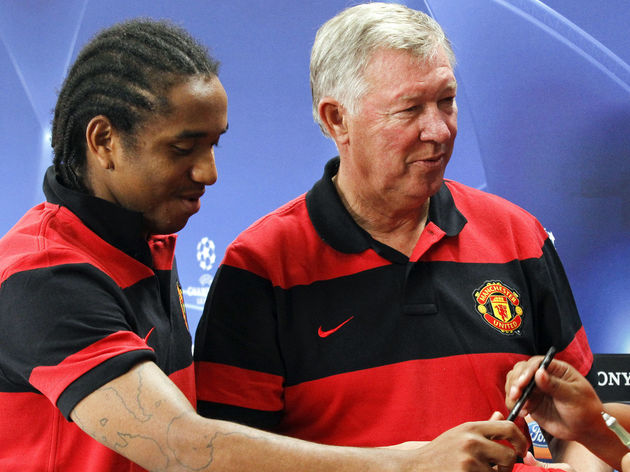 In early 2010, Anderson had a well-documented feud with Ferguson, who called the Brazilian’s professionalism into question. He was dropped from the matchday squad for five games. When he finally returned, he ruptured his cruciate ligament, ruling him out for the rest of the season...as well as the 2010 FIFA World Cup.

The ever-declining career of Anderson - the skill merchant born in the hometown of Ronaldinho - regressed at the ferocious rate that it did in no small part because of a nasty and ugly mix of ingredients. Susceptible to serious injuries and seemingly averse to hard work and self-drive, perhaps Anderson was always going to fail.

In total, Anderson played 181 games for United, scoring nine goals as he grappled with midfielders like Michael Carrick, Paul Scholes and Darren Fletcher for a starting spot. He became less and less important as the years went on and was loaned out to Fiorentina for the 2013/14 season.

He wasn't particularly good in Serie A. The midfielder was then given a chance in the League Cup the following season, as United took on MK Dons early in the 2014/15 campaign. In case you'd forgotten, the Red Devils were atrocious that day, losing 4-0 as Will Grigg, Benik Afobe and Dele Alli ran the show. After that night, Anderson made just one more appearance for United - during a 0-0 draw with Burnley at Turf Moor. Since then, he's played for

Having retired in September 2019, we look back at the career of Anderson Luís de Abreu Oliveira with a great deal of regret. The 31-year-old no longer plays the beautiful game, but, even when he did, the football he played was all too rarely beautiful.

The man was destined to be a superstar, but never truly fulfilled his evident promise.