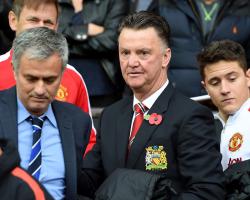 The schedule, confirmed on Tuesday at a press conference in New York, will see the Blues play Major League Soccer side New York Red Bulls in New Jersey on July 22, Paris St Germain in Charlotte, North Carolina on July 25 Barcelona in Washington, DC on July 28 before their final match back at Stamford Bridge in London versus Fiorentina on August 5.

United, meanwhile, open against Mexico City-based Club America on July 17 at Seattle's CenturyLink Field, before taking on San Jose Earthquakes on July 21, at a venue to be confirmed, with a date against Barcelona at Santa Clara's Levi's Stadium on July 25 then concluding in Chicago against PSG on July 29.