​Barcelona have ruled out signing Manchester United forward Marcus Rashford this summer as they fear the cost of the deal would be far too expensive.

With the Blaugrana on the lookout for an alternative forward to Luis Suarez, Rashford is one of several names to be on their radar, and he is yet to agree on a new contract at Old Trafford. 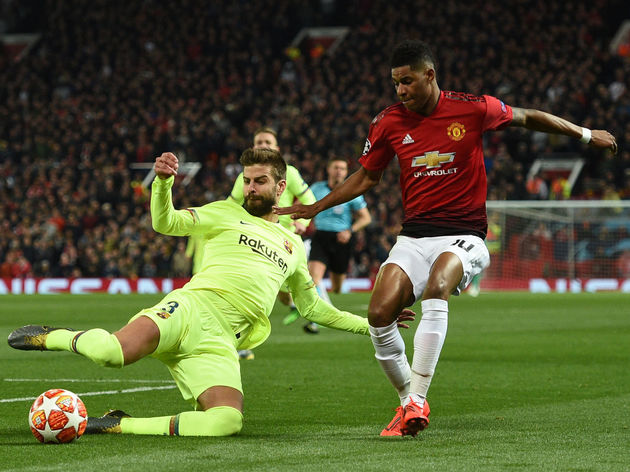 However, ​Barcelona are now thought to be looking elsewhere, as ​The Express claim they have been priced out of a move for ​Rashford, who is valued by ​United at around £150m.

On top of that fee, Barcelona would likely have to offer Rashford a wage of around £200,000 per week, which would make him the joint fourth-highest earner at Camp Nou, level with Philippe Coutinho and behind just ​Suarez, ​Ousmane Dembele and ​Lionel Messi.

Any move for Rashford would be a hugely expensive one, and Barcelona now feel as though they could find a better deal for a different target, despite being thoroughly impressed by his performances against them in their ​Champions League quarter-final.

However, they will keep a close eye on the 21-year-old, who is said to be ​stalling on signing a new contract with United. His current deal expires in the summer of 2020, although the Red Devils have the option to extend it by a further year, just as they did with ​David de Gea.

Ole Gunnar Solskjaer does not want to lose Rashford and sees him as an integral part of the club's future, alongside both ​Paul Pogba and ​Anthony Martial. This season, the England international has racked up 13 goals and nine assists in all competitions, many of which came in the early weeks of Solskjaer's reign at the club.

Operating as either a winger or central striker, Rashford has been one of United's standout performers this season, and they will certainly be reluctant to part ways with one of England's most exciting young players.