No, it wasn't a midweek cup win at a League One side. It wasn't a Europa League game on a Thursday in a random Eastern European country either.

Smalling's last competitive appearance for the Red Devils was in a lacklustre 2-0 defeat at Old Trafford to the already-relegated Cardiff City, on the final day of the 2018/19 Premier League season. 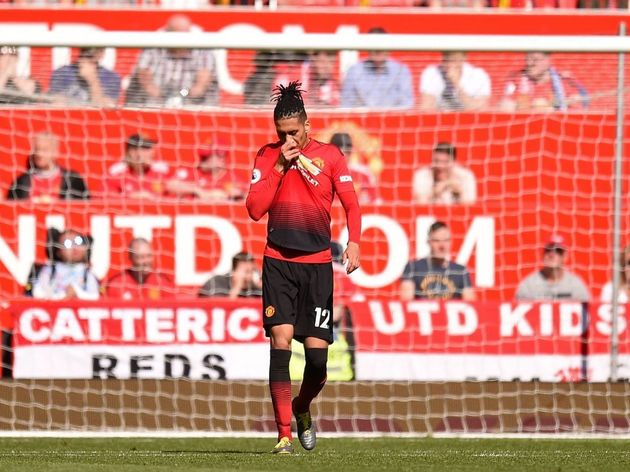 While the game itself had little significance, with United already knowing they were going to finish sixth in the table, it did represent Smalling's last chance to impress manager Ole Gunnar Solskjær and establish himself as a cornerstone of the Norwegian's future plans in Manchester.

As you know by now, that didn't happen.

After failing to make United's squad for the first three Premier League games of the 2019/20 season, it was announced that Smalling would depart for a season-long loan to AS Roma.

He had clearly fallen down the pecking order, and was seen by Solskjær as United's seventh-best centre-back, even behind the likes of Marcos Rojo and Phil Jones.

What was particularly striking was the reaction to the move itself. Normally, for someone like Smalling, who had spent nine years at one club, there would be an outcry on social media questioning the decision to part with someone considered to have been loyal to the team.

Yet in response to the announcement of his loan move, the majority of United fans instead seemed to agree that it was the right call for the England international to leave at the time.

This is a good deal for all parties involved. Good luck, Chris!  #GGMU

For someone who had featured so regularly at Old Trafford throughout his time at the club, the question became: how had his stock fallen so low, to the point where his departure was seen to be a good thing? Was it to do with injuries, or a run of poor form?

The answer would be a bit of both.

Back in 2010, Smalling was highly touted by many to represent the future of United. After all, he had fought his way to the top, having starred for non-league side Maidstone United, to impressing with Fulham in the Premier League, before Sir Alex Ferguson came calling.

And the future looked bright for the defender, who earned a five-year contract after his first season at the club, where he played 16 games in the title-winning league campaign. He was a fixture in Ferguson's rotation and played a fair amount of minutes for a team that still had the defensive stalwarts of Rio Ferdinand and Nemanja Vidić in the backline. 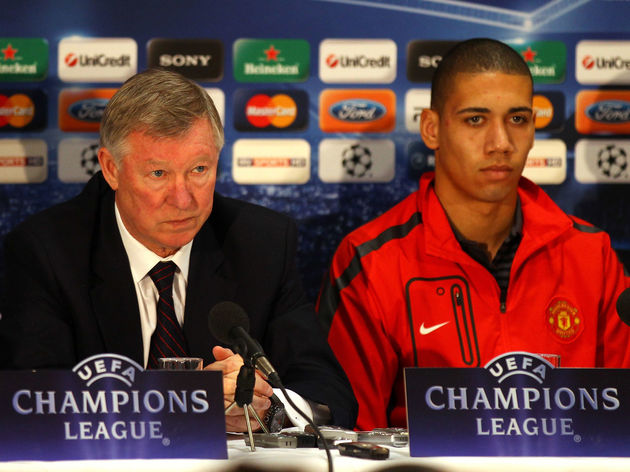 A metatarsal fracture at the start of the 2012/13 season couldn't stop the defender from contributing to another Premier League title, while he also started to become a regular in the England squad under Roy Hodgson.

Fast forward a few years, and despite missing just over a third of the 2016/17 league season with foot and knee injuries respectively, Smalling bounced back to play 46 games in all competitions in the following campaign, with José Mourinho's arrival as manager not changing his status as a regular in the Red Devils' defence. Despite the constant managerial changes, United were still one of the most stingiest backlines in the league, with Smalling playing a major role. During their second-place finish in the 2017/18 campaign, they only shipped 28 goals, which was one more than rivals Manchester City, who had the best defence in the league.

Perhaps the criticism of their attacking play under Louis van Gaal and Mourinho papered over the faults in the defensive system. Either way, the 2018/19 league season saw a drastic drop in United's defensive performances, with Smalling's form taking a nosedive too.

He played during United's terrible league start, including a crushing 3-0 defeat to Spurs at Old Trafford, as well as the 3-1 defeat at West Ham. The timing of a foot injury didn't help either, as he was absent for United's best stretch of league games for that season. Once he came back, United went back to being inconsistent, and the defender, who by now had lost his place in the England squad, performed badly in defeats to Wolves and Everton.

What was Mike Smalling *really* thinking!? I hope that 'Bring it on' invite doesn't come back and haunt Mike, he was utterly dreadful vs Wolves recently: constantly caught on the wrong side of the player he was marking, lousy on the ball, he was a liability.

The Cardiff game looked to be the end for Smalling. His stock with fans had plummeted to rock bottom, and his days looked numbered, particularly with the high-profile signing of Harry Maguire the following summer.

And that's how he ended up starting his debut Serie A game at Stadio Olimpico against Atalanta in September 2019. United fans may be wondering now: how has the campaign gone for him?

It's gone well. Actually no, it's gone very well.
The 30-year-old has only missed one game this season for I Giallorossi, and has performed so strongly that many would ​consider him to be one of the best defenders in the league. He's won an astounding 90% of his tackles in the Italian top flight, which is a higher rate than any other United defender, with Harry Maguire only winning 71% of his in comparison. And his pass completion rate is similarly at a career-best, with the England international making 89% of his passes this season.

However, what the stats don't tell you is that Smalling is routinely protected by a mix of defensive midfielders, and he's also not really asked to carry ball distribution duties for Fonseca; those fall to his partner Gianluca Mancini instead.

Nonetheless, he's certainly rebuilt his reputation in the Italian capital, and is visibly enjoying the new lease of life he's found in Rome. His confidence is sky-high, and his displays have even led to ​interest from the likes of Arsenal, while I Giallorossi are keen to retain his services permanently too.

Will he go back to Old Trafford and play regularly there again? ​Probably not. Would he be a good fit at Arsenal? That's ​unlikely.

But there's no doubt that the defender, who fought his way from non-league football to play for a Premier League-winning side, is playing his best football at the moment, and has much more to offer to whichever club he plays for next.