​Manchester United are reported to have had an offer worth close to £100m rejected for Lazio's Sergej Milinkovic-Savic, but continue to see him as an ideal replacement for Paul Pogba.

Transfers are a long way from the priority at present, with clubs more focused on more immediate issues - such as how to finish their domestic seasons, or how they are going to pay staff over what promises to be a financially testing summer.

However, even a virus with over a million worldwide cases has not been enough to completely stem the tide, with a report from French outlet ​Foot Mercato claiming United have intensified their interest in Lazio's star midfielder. The piece claims that the Red Devils have made 'the first discussions' over a potential move, having already seen an offer worth in excess of €110m (£96m) turned away by directors at the Italian side, who expected a bid worth 'far more'.

It's said that United Milinkovic-Savic as an ideal replacement for ​Paul Pogba, while also mentioning ​Juventus and ​Real Madrid among the interested parties.

That's where things get interesting, as Juve are thought to hold a longstanding interest in re-signing Pogba too, while ​AS this week threw Real's hat right back into the ring for the Frenchman. 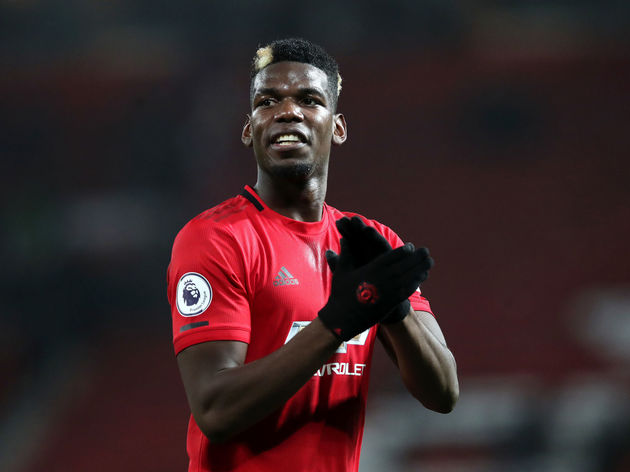 In theory, then, we could be set for an intriguing three-way stand-off. United may not keen to let go of Pogba until they have secured his replacement, but Milinkovic-Savic - the replacement they have identified - is at the same time viewed as an alternative to Pogba by the two clubs courting him.

To muddy the waters even more, the AS report lumps Rennes midfielder Eduardo Camavinga into the mix, with the Spanish outlet claiming Los Blancos see the 17-year-old - not Milinkovic-Savic - as their main alternative to Pogba.

So, Pogba to Juve, Milinkovic-Savic to United, Camavinga to Real. Everybody happy?

Oh well, you can't please them all.