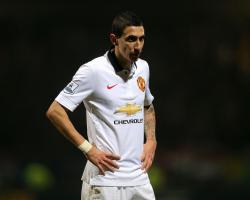 More than ÃÂ£770million was spent by English clubs on players from abroad - ÃÂ£308million (67 per cent) more than nearest rivals Spain.

The figures are contained in the FIFA TMS Global Transfer Market 2015 report which also highlights the fact that Spain continues to be the biggest market for signing players aged under 18 from abroad - a fact given extra relevance considering Barcelona's transfer ban for signing minors in breach of the rules and the FIFA investigation into Real Madrid over similar alleged offences.

The report shows English clubs are the biggest-spenders in the world on international transfers making up more than a quarter of the total 4.06billion US dollars (ÃÂ£2.64billion) spent world wide in 2014

Strict rules govern such transfers, such as the parents of the player involved having moved countries "for non-football reasons".

The report states: "In 2014, Spain was the country that engaged the highest number of minors

400 minor applications were submitted, and 352 were accepted

a much higher number than any other association worldwide."

Portugal made 188 applications and England 135.

Mark Goddard, general manager of FIFA TMS, told a conference call: "It is important to note that the more minor applications the better

We are happy to see they are putting in so many applications - that's what they should be doing."

Barcelona have a transfer ban until 2016 after they breached regulations when signing 10 players under the age of 18 in 2013.

Real Madrid said in a statement this week that FIFA had asked for information about 51 under-age players but that they had complied with all the rules.