​The father of Neymar Jr, Neymar Sr, and Eric Cantona were involved in an altercation at the full-tie whistle following Manchester United's 3-1 win over Paris Saint-Germain in the Champions League in midweek.

The Red Devils overturned a 2-0 deficit from the first-leg of the round of 16 tie to reach the quarter finals. A somewhat contentious penalty in added time sealed a remarkable turnaround for United, who went through to last eight on away goals. Rashford scored the penalty to send the Premier League side through, sparking scenes of celebration to those connected with the ​United, with Cantona, who attended the game at the Parc des Princes, one of them.

According to French media outlet ​RMC Sport however, the Frenchman's exuberant celebrations angered the father of ​Neymar Jr, which included him putting his finger to his lips and sushing him, with the Brazilian attempting to get into the box Cantona was sat in and confront him. 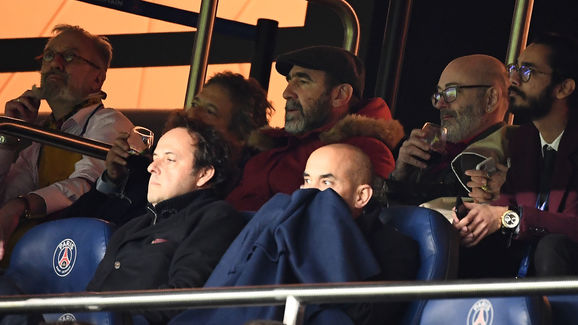 After initially vaulting the fence that separated the boxes, security were on hand to intervene and prevent the incident from escalating further.

Neymar Sr wasn't the only Brazilian to make the headlines after the game, with ​Neymar Jr taking to Instagram to criticise officials following their decision to award the penalty, with the help of VAR, before ​he was restrained in the tunnel after attempting to enter the match officials' room.

Despite the post-match antics, the result continued an incredible run for Ole Gunnar Solskjaer since taking charge of the club in December on a temporary basis, as the Norwegian has still lost just one of his first 17 games in charge, winning 14 of them.