Borussia Dortmund's new star Erling Haaland has opened up over why he opted for a move to the Bundesliga giants ahead of Manchester United, admitting that no other top clubs 'gave me the feeling I had at Dortmund'.

Haaland completed his move from RB Salzburg to Germany days before the transfer window opened, in a deal worth around €20m for the goalscoring sensation. 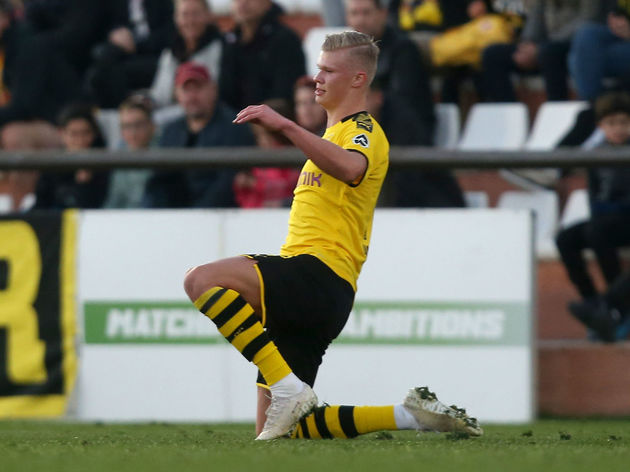 Speaking ahead of Dortmund's warm-weather training camp in Marbella, the 19-year-old praised his new side's 'direct' approach to luring him to Germany, and admitted that he and Der BVB 'were a good match,' as reported by ​The Mirror.

​They told me they like my playing style and said, ‘We want to have you here’. I liked the way they spoke to me then and that was what ­triggered the move.

"I spent a few days ­looking around the club and speaking to senior people and I just felt that me and ​Dortmund were a good match."

Haaland also addressed the possibility of joining any other of Europe's elite sides, but he confessed that the likes of Man Utd didn't give him the right 'feeling', and he instead settled on a move to Dortmund. “I spoke to other clubs, big clubs, but ­no one gave me the feeling I had at Dortmund.

“They were all really keen for me to join and from the very start I knew I wanted to move here. I can’t wait to get started and play in front of over 80,000 fans in the incredible Dortmund ­atmosphere. I’m so excited.”

Haaland's reasoning behind choosing Dortmund will come as a huge blow to Man Utd, who actively courted the young Norwegian in an attempt to attract him to Manchester. National compatriot and Red Devils coach Ole Gunnar Solskjaer flew out to Salzburg in mid-December, hoping to convince the wonderkid - and his father, Alfie - that Old Trafford would be his ideal destination. Super-agent Mino Raiola was annoyed that he had been excluded from these talks however, and he believed that Solskjaer had gone behind his back to speak to his client.

Haaland had been impressed by the stature of ​Man Utd and their vision to build a young and attacking side, but Raiola subsequently warned the starlet against a move to the Premier League giants in this current climate.