​Everton host Manchester United on Sunday afternoon, the first hurdle in what could be a make or break week for Ole Gunnar Solskjaer's men.

After getting dumped out of the Champions League and registering only two wins in their last seven games across all competitions, United desperately need to take all three points in order to restore some momentum in their pursuit of a top four finish.

Everton have their own incentives. A spot in the Europa League qualifying rounds is very much up for grabs as they sit only one point behind seventh place Leicester City. Check out 90min's preview of ​Sunday's clash below.

Everton, who are unbeaten in their last three home games, are set to only be without two first team players for Sunday's clash.

Marco Silva told the media that Yerry Mina is their only injury absentee, still nursing a hamstring injury he sustained on international duty, while Andre Gomes is set to serve the first of a three-match ban following his red card in the 2-0 defeat to Fulham last weekend.

The boss has a positive update on a number of #MUFC players ahead of Sunday's #PL game against Everton...

As for United, Solskjaer has confirmed Alexis Sanchez and Nemanja Matic are fit and could feature, but Ander Herrera and Eric Bailly are still sidelined along with long term absentee Antonio Valencia.

Luke Shaw will also miss out as he serves the second of a two-match ban after picking up ten yellow cards in the league.

United are unbeaten against Everton in their last eight games, winning six of those and recording a 2-1 victory in the reverse fixture earlier in the season.

The Toffees' last win came in 2015 when they completed a convincing 3-0 win at Goodison Park, however they still fall short in head to head form over time. In 200 meetings, United have won 88 compared to Everton's 69 and they have shared the spoils 43 times. It's a fixture which has seen many players turn out for both sides throughout their careers, with the likes of Wayne Rooney,

Romelu Lukaku is the latest player to have this connection and will return to Goodison Park for only the second time, hoping to make an impact on the game should he be given an opportunity.

Everton will be looking to bounce back after a slip up last weekend saw them lose 2-0 to Fulham at Craven Cottage. They had been in great form previously, recording three wins in a row against Chelsea, West Ham and Arsenal respectively.

They managed to keep clean sheets in each of those matches and Marco Silva will be hoping they can tighten the ship again against a United side looking to get in behind at every opportunity. United are still licking their wounds after a disappointing night in Barcelona which sees them without a win in their last four away games. This comes off the back of a record breaking run where they managed nine wins in a row over all competitions on the road.

A win is vital if they want to have any chance of finishing in the top four, with games against ​Manchester City and ​Chelsea to come.

Here's how they've performed in their last five fixtures.

This is usually a tasty clash and Sunday afternoon has all the ingredients to produce another gripping encounter.

United will do whatever they can to get the win and will not be afraid to throw everything they have at ​Everton, knowing it's all or nothing.

This shouldn't phase the Toffees as they'll be confident having dismantled top six opposition a few times at home this season. 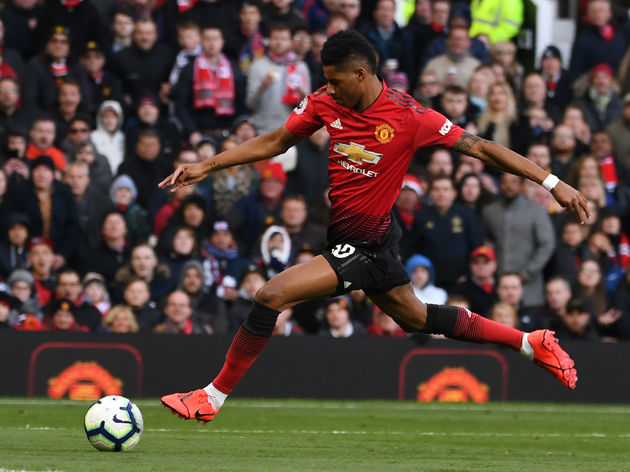 In the end, ​United should manage to come away victorious, with more on the line and a point to prove after a run of bad performances.