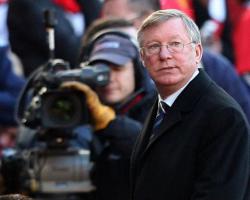 Goal-line technology has helped referees since it was brought in at the start of last season.

The former Manchester United manager, who clashed with referees on many occasions during his time at Old Trafford, believes any additional technology would be detrimental to the flow of the game though and would also undermine the officials in charge.

"Technology will advance the game, I suppose, but you can't have too many things because then it takes a lot of power away from the referees at which case it becomes a bit of a shambles because the game is stop-start, stop-start and you cannot have that," Ferguson told New York radio station SiriusXM FC.

Let's just leave it there.

"I don't think you can introduce it for things they are talking about like free-kicks, or yellow and red cards.

"I think it becomes really difficult."