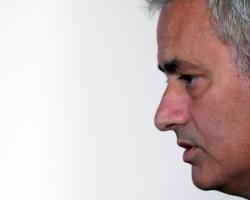 The allegations are reported by an international consortium of media organisations, which includes the Sunday Times, after a huge data leak of more than 18 million documents.

Real Madrid star Ronaldo is alleged by one of the publications, Dutch website NRC, to have moved 63.5 million euros to a tax haven in the Virgin Islands at the end of 2014.

Information was originally passed from the Football Leaks whistleblowing site to German publication Der Spiegel earlier this year, and investigated by 60 journalists in the months following

It added that allegations arising from the probe will be published in the coming weeks, giving "an unprecedented look into the gloomy depths of the modern football industry".

Gestifute, which provides "career management" for sporting professionals, has rejected an allegation of facilitating tax evasion.

In a statement, the firm, founded by agent Jorge Mendes, said: "One newspaper makes the unfounded allegation that Gestifute, its clients and its advisers of having, directly or indirectly, created, organised or designed tax structures to facilitate tax evasion using tax havens

The most serious and malicious allegations in the inquiries relate to Jose Mourinho and Cristiano Ronaldo."

It added: "Both Cristiano Ronaldo and Jose Mourinho are fully compliant with their tax obligations with the Spanish and British tax authorities.

"Neither Cristiano Ronaldo nor Jose Mourinho have ever been involved in legal proceedings regarding the commission of a tax offence.

"Any insinuation or accusation made to Cristiano Ronaldo or Jose Mourinho over the commission of a tax offence will be reported to the legal authorities and prosecuted."