Neville played 602 games for United over a staggering 19-year career, and was appointed club captain in 2005 after Roy Keane's departure. He had two good years wearing the armband before injuries began to take their toll, and admitted that he felt unworthy of remaining in that position. 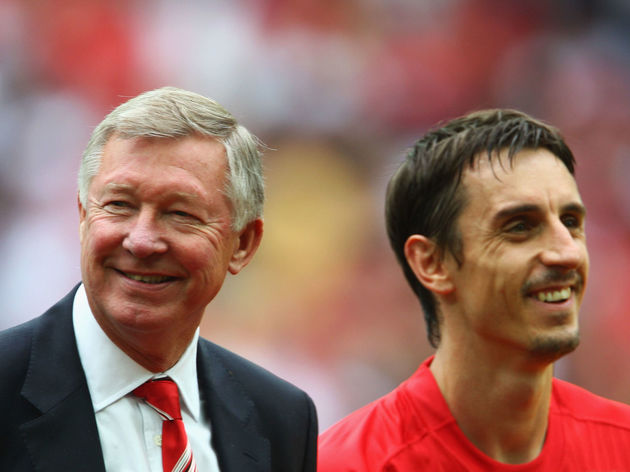 “It felt as though I wasn't contributing like a captain should be for my last four years. I actually went to see Sir Alex in pre-season about the third year I was captain. We had an amazing team, there were some great personalities and players in that group.

“I went over to Sir Alex walking onto the training pitch and said, 'I don't feel worthy of keeping the captaincy anymore. This team is to a level I can't compete at. He said, 'You'll keep that f***ing armband, son'.

"So literally I think me and Giggsy kept it for three or four years beyond that just purely because of the fact the camaraderie in the dressing room."

Classic Sir Alex. The team comes first, no matter how injury prone the captain is.

In the ​same interview, Neville was asked a more technical question about the most difficult player to captain during his time. “Rooney," he answered. "You used to have to man mark him with a security guard on the night out.

“I used to love Wazza, he was a brilliant lad - but when he was younger he was a bit, what’s the word, when we were out he was a little bit unpredictable.

“We were the policemen if you like, the older statesmen. Sir Alex wanted to make sure the team came first. Even though I felt unworthy as a captain at that stage.”