At the age of 32, he has already played close to 500 games for his boyhood club, is on course to win his eighth La Liga title this season, has a chance to win his seventh Copa del Rey when Barça face Valencia in next month's final, and has three Champions League titles in the bag that could become four depending on how the Catalans fair in the remainder of this season.

In due course, Pique could even become Barça president one day, following in the footsteps of his grandfather Amador Bernabeu, a former vice-president at Camp Nou. Pique is known the world over for his successes with Barcelona and Spain, but less talked about are the brief formative years of his career that he spent with Manchester United - a crucial time for him during which he matured as a player and person, and where many lessons were learned.

When Barça travel to Old Trafford in the first leg of the Champions League quarter final this week it will be Pique's first visit to the stadium as an opposing player, 11 years after his exit. He has twice faced United in Champions League finals since, both times on neutral soil.

Pique arrived in England in the summer of 2004 at the tender age of 17. He was yet to sign a professional contract with Barça, where he had been since the age of 10 and was part of the fabled 'Baby Dream Team' alongside Lionel Messi and Cesc Fabregas, and was therefore able to join United as a free agent with no formal transfer fee.

The move came at a time when Premier League clubs were increasingly beginning to look to bring foreign talent into their youth, with United also poaching 16-year-old Giuseppe Rossi from Parma, while Fabregas had already made the switch to Arsenal a year earlier. Pique didn't have to wait long for his first team debut at United, appearing as a second half substitute while still only 17 in a League Cup tie against Crewe Alexandra in October 2004. That season, he would go on to appear in a Champions League game against Fenerbahce and start an FA Cup tie against Exeter, all before celebrating his 18th birthday.

The Spanish youngster went on to make his Premier League debut the following season, appearing as a last minute substitute in a win over Sunderland in October 2005. He featured in seven total first team games over the course of the campaign, including a maiden Premier League start in a 1-0 victory against West Ham in March 2006, during which he almost scored.

Pique actually returned to Spain for the 2006/07 season, joining Real Zaragoza on loan to further his development and expose him to more first team chances. He played 22 times in La Liga, 28 in all competitions, including 90 minutes in a 1-0 victory over Barcelona.

When Pique arrived back in Manchester, Sir Alex Ferguson had big plans for his now 20-year-old emerging talent. In a 2018 sit down for The Players Tribune, the defender revealed that Ferguson had informed him he wanted him to play 25 games in the coming 2007/08 season. 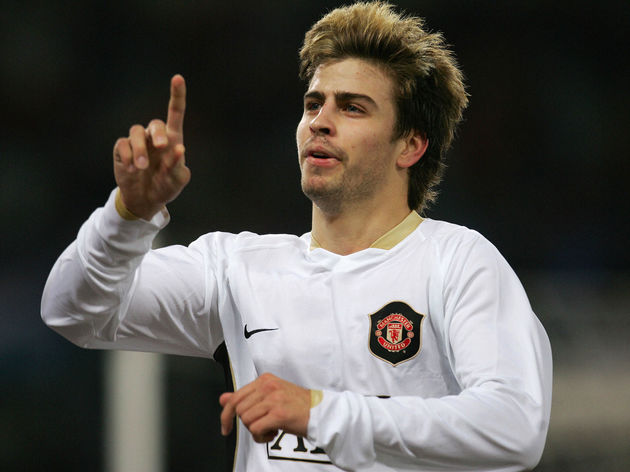 Pique started consecutive Premier League wins over Wigan and Aston Villa. He also started and scored in the Champions League against Dynamo Kyiv, but the player himself highlights a disastrous performance against Bolton in November 2007 as the moment his United career crumbled.

Misjudging a high ball, a Pique mistake allowed Nicolas Anelka to score the only goal of the game for Bolton and inflict United's first league defeat in three months. He was subsequently out of the squad for the next four Premier League games and would only started twice more in the league.

"I could tell, literally at the moment that Anelka controlled the ball, that I had lost the faith of Sir Alex, and probably the faith of most United fans. Sir Alex promised me 25 games that season, and I ended up getting 12. It was an extremely difficult time," he told The Players Tribune.

To Pique, Ferguson was a 'second father'. 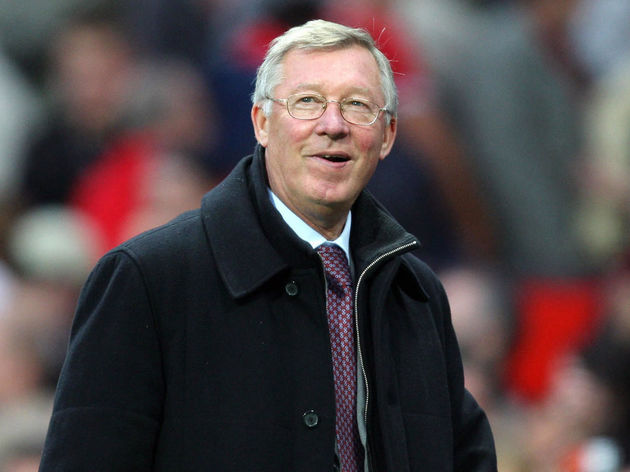 But he also described his difficulty adjusting to life in England, the long nights in winter, the loneliness and isolation being away from family, language and culture.

"When people wonder why talented young footballers don't make it abroad, I can assure you it usually doesn't have anything to do with their technical quality. There's always a lot more going on that you don't see," he explained.

Then came news from Ferguson that Barcelona were interested in taking Pique back. He was surprised, thinking his lack of games at United shouldn't have attracted them. He also knew that with no buy-back or buyout clause, the ball was very much in United's court.

"I wanted to go home," he said. "But I knew that I had to have a very difficult conversation with Sir Alex. I had to convince him to let me go. It was one of the hardest conversations of my life, because he took such great care of me. "I walked into his office, and I was honest with him. I said, 'Listen, I feel like I've lost your trust. Barcelona is my home. I want to go back. I hope you will let me go'. We had a long conversation, and he decided that I was sincere, and he agreed to let me leave at the end of the season."

He left United with Premier League and Champions League medals - the club specially requested one from the Premier League after he fell just short of the 10-game threshold. But while United lost, Pique was victorious, becoming only the third player in the competition's history to win it with different clubs in consecutive seasons after Marcel Desailly and Paulo Sousa - they were also joined by Samuel Eto'o in 2010.

Pique has done it all for club and country over the last decade. But without a learning curve at in Manchester, perhaps he wouldn't have been the legend-in-the-making he has become.