Ferguson was notorious for the angry dressing down he gave to players and it appears that Solskjaer, who spent 15 years at Old Trafford until 2011, has shown he is much more than just a smiling face after United's European ambition lies in tatters following the 2-0 defeat. The story of the post-PSG 'hairdryer' comes from The Sun and 'laid into' his team with 'verbal blasts' after being left furious by the way they lost composure upon going behind.

United became more exposed after conceding, allowing PSG to pick them off in midfield and build attack after attack. Fouling also broke up the rhythm and resulted in too many cards.

Paul Pogba is alleged to have 'smashed up his locker' at the frustration of being sent off and apparently apologised to teammates the red card that will see him banned for the return leg. 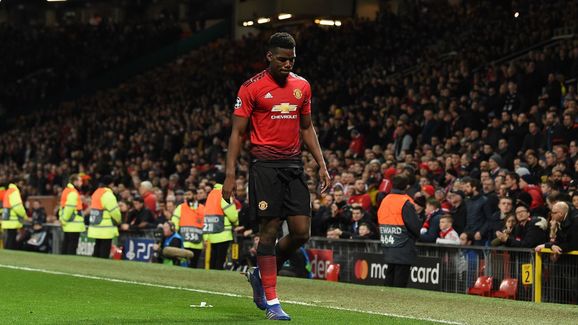 A source told the tabloid newspaper, "[Solskjaer] told them that they tried to play the game as if it was a one legged tie.

"He wanted them to remain patient and not to concede easy goals and they then went and conceded from a relatively easy set piece and everything just went downhill from there.

"The players were so deflated after the game - they haven't felt that bad since the time Mourinho was in charge. He tried to keep them optimistic about the second leg. He told them that they have to remain positive in football because anything can happen."

United will have a chance to pick themselves up when they face Chelsea in the FA Cup fifth round on Monday night. A huge clash with Liverpool is the club's next Premier League game the following weekend, with the PSG second leg coming in early March.